Our Souls At Night 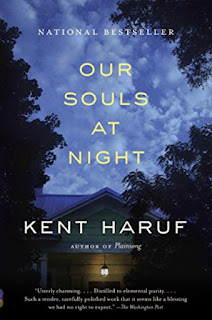 The idea of “schema” was central to Frederic Bartlett’s book of 1932, Remembering, where he described a series of experiments in which people were asked to read a story, or to look at a picture, and then reproduce it either immediately or later. Bartlett’s proposal was that remembering is an activity based not on anything like a photograph or recording, but on an understanding—schema—of how, in a way that is familiar to a person and within a society, one does certain kinds of actions like getting onto a train, or sitting down with others for a meal, plus an emotional attitude together with a rather small amount of detail. In Art and Illusion, Ernst Gombrich (1960) took this idea into an understanding of representational painting which, he said, is based on schema plus correction: for instance, a general idea of what a mountain, or a house, or a person might look like, together with a correction so that it becomes more specific or, in the case of some paintings, new and surprising.

Kent Haruf’s novel of 2015, Our Souls at Night is also based on a schema: our idea of what it is for two people to have an affair. In the first chapter of the book, we are introduced to the novel’s protagonist, the elderly widow, Addie Moore, who lives in a small town in Colorado. She walks over to the house, one block away, of another elderly person: a widower, Louis Waters, whom she knows a little bit but not at all well.  Invited in, she tells him that she won’t stay long, then says that she is getting cold feet. She then says this.

The usual schema we might have of going to bed with someone, or having an affair, receives a correction. Addie says to Louis that she means what she says. “I’m not talking about sex" she says but "lying warm in bed, companionably.”

At first, Louis makes his visits late in the evening, when he is unlikely to be seen. Addie and he try to keep their arrangement secret. As they talk with each other about their marriages, their concerns, they find themselves becoming closer. One event which Addie recounted had been especially hard. Her five-year old daughter, Connie, had been playing in the back yard with her elder brother, Gene, and had run out into the street, had been hit by a car and died. The event had been devastating for Addie’s marriage and devastating for Gene. Addie became the target of both her husband’s and her son’s resentments.

Other people in the town start to notice Addie’s and Louis’s relationship and to talk about it; no longer a secret. The turning point of the novel occurs when Gene asks Addie to look after his young son, Jamie, for a while, because his wife has left him. Jamie is a rather neglected child, but Louis takes to him, looks after him as a parent might, buys him a dog, of which the boy becomes fond.

What are your schemas for growing older, for families, for parental relationships, for affairs?

What happens next in this novel? Do Addie and Louis get round to sex? What might Jamie think of what is going on? Maybe I should tell you. Maybe we should gossip. What do you think?