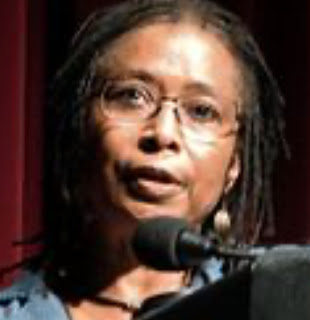 In a recent article, John Foxwell, Ben Alderson-Day, Charles Fernyhough and Angela Woods (2020) report on a survey of writers’ experiences—as they are writing—of the characters they depict. In their first paragraph the researchers say:
A large number of writers report vivid experiences of “hearing” their characters talking to them, talking back to them, and exhibiting an atypical degree of independence and autonomy.

They follow this paragraph with quotations from well-known writers. This is the first: from Alice Walker.
one or more of my characters … would    come for a visit … They were very obliging, engaging, and jolly. They were, of course, at the end of their story but were telling it to me from the beginning. Things that made me sad, often made them laugh. Oh, we got through that; don’t pull such a long face, they’d say.

And this from Michael Frayn.
It does seem—and I realise this is a psychological trick and it sounds very coy— but it is as if they are speaking and leading those lives. It’s a very symbiotic relationship. You do seem to be with people who have minds of their own, thoughts of their own, but at the same time you’re very much involved in leading their lives with them.

Influenced by ideas of this kind, Foxwell and colleagues surveyed 181 professional writers who attended the 2014 and 2018 Edinburgh International Book Festivals: 81% were from the UK, 61% were women, and 66% wrote fiction. The researchers asked them to answer a series of questions, which included the following. “How do you experience your characters?” “Do you ever hear your characters’ voices?”

Here are some the things writers replied about their characters speaking or relating to them. (Each number in parentheses indicates a writer in the survey.)
I hear them [my characters] in my mind. They have distinct voice patterns and tones, and I can make them carry on conversations with each other in which I can always tell who is ‘talking’. (R 33)

I sense their presence as you sense somebody in a dream. They are very much known to me but only in peripheral vision and as an atmosphere or a force exerting itself. I wouldn’t be able to sit opposite a character, so to speak, and see them, talk to them etc. They aren’t something that can be interrogated or pinned down. (R 51)

If the character feels something I feel it, whether emotional or sensory. (R 40)

The researchers found that, while they were writing, 63% of writers surveyed could hear their characters speak.

A further aspect of this survey followed up on a study by Marjorie Taylor and colleagues, reviewed in OnFiction, on 12 August 2008. Here’s part of what I then wrote:
In fiction, readers engage with the characters, and wonder what they are up to … It turns out that writers have some of the same experience as readers, of finding that their characters do things that seem appropriate, but without the writer having—as it were—to pull the strings. Marjorie Taylor, Sara Hodges & Adèle Kohányi (2002-2003) published a study based on interviews with 50 fiction writers to explore this question … All but four of them reported some experience of characters exhibiting apparently autonomous agency.

Here some things writers in Foxwell and colleagues’ survey said about their characters’ independent agency, in response to the question: “Do you feel that your characters always do what you tell them to do, or do they act of their own accord?”
I LOVE it when my characters go off script. It’s one of my favourite parts of being a writer, and often these unexpected plot twists are the best of all. (R 37)

It’s the characters who make the thing happen. I can’t make them do what they don’t want to. (R 17)

Foxwell and colleagues found that 61% of their writers said their characters could act independently.

Overall, Foxwell and colleagues discuss their study in terms of all of us—humans—being able to understand something of what takes place in the minds of others: empathy and theory-of-mind. They conclude their article by saying:
… the present study is, to our knowledge, the only survey of writers’ experiences of their characters which attempts to address the phenomenological complexity of these experiences within a large professional sample.

Foxwell, J., Alderson-Day, B., Fernyhough, C., & Woods, A. (2020). “I’ve learned I need to treat my characters like people”: Varieties of agency and interaction in writers’ experiences of their characters’ voices. Consciousness and Cognition, 79, Article 102901.

Frayn, M. (2011). Quoted in “On writing: Authors reveal the secrets of their craft.” The Guardian.https://www.theguardian.com/books/2011/mar/26/authors-secretswriting.
Taylor, M., Hodges, S., & Kohányi, A. (2002-2003). The illusion of independent agency: Do adult fiction writers experience their characters as having minds of their own? Imagination, Cognition, and Personality, 22, 361-380.
Walker, A. (1983). In search of our mother’s garden. New York: Harcourt, Brace, and Jovanovich.