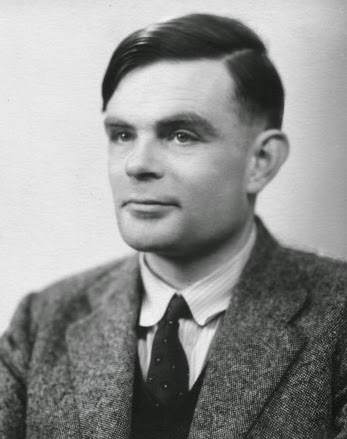 I recently reviewed for PsycCRITIQUES The imitation game (Oatley, 2014). It’s a film about the life of Alan Turing, founder of modern computing and artificial intelligence, and important contributor to cognitive science. The film is a good one, and it’s been well received. Many people will not have heard of Turing or the contribution he made during World War II at the British Government Code and Cypher School at Bletchley Park (click here) to breaking German codes, and hence to defeating the Nazis and probably shortening the War, perhaps by as much as two years. It’s good that the film tells audiences something about this. But Turing is someone I happened to know about. I did not enjoy the film as much as many of my friends did because for me the misinformation in the film was irritating. Why, I think to myself, does the film industry use the caption “based on a true story,” as if this somehow implies that a film with this designation is better than one drawn from a novel, or short story, or written by a scriptwriter?  Documentaries have a dedication to truth, but why in movies are there no genres that correspond to history or biography in which filmed events are anchored in known facts and evidence?

In the New York Times Sunday Review section, of 15 February this year, Jeff Zacks, who has done very interesting research on events in movies (Zacks, 2013) wrote a piece for the column Gray Matter in which he discussed how people remember incidents and issues from historical films that aren’t true, and which don’t appear in histories or biographies. These incidents and issues are inserted by film-makers because they think that they make for a better story. In the New York Times piece Zacks cites, but does not give references for, two studies that relate to this issue. The references are below. In a study by Butler et al. (2009), students read a text on a piece of history and watched a film clip on the same subject. In a test, one week later, they better remembered events that were seen in the clip and had also read about, than those who recalled information from the text without having seen a film clip about it. When, however, the film’s information contradicted information from the text, subjects often recalled the false information from the film. Umanath et al. (2012) repeated the experiment but asked the students to monitor the films for inaccuracies. Even when they had done this, tests of recall often showed they had remembered not the correct information from the text but the misinformation from the movie.

In his New York Times article, Zacks writes that what is going on here is that we are better at remembering events than at remembering the source of events, and that this usually makes sense as it’s the events themselves that are likely to be the most important. The trouble with inaccurate information in movies is that we may remember it, and believe it to be true, even when we don’t remember that the film was only “based on a true story.” Umanath et al. did however find one technique that helped. If the misinformation was identified at the time it was seen in the film then its influence was substantially reduced.

So, if you haven’t seen The imitation game, and think you might go, here are some of its inaccuracies, so that you can recognize them at the time. Turing was eccentric but did not have a stammer. He did not suffer official opposition of the kind depicted in the film. He did not invent and build the machine to decode the Nazi Enigma code all by himself; he had important collaborators, who included Gordon Welshman (who does not appear in the film). The woman to whom Turing becomes engaged, Joan Clarke, did not apply to join Bletchley Park and be mistaken as a typist. She won a double first in mathematics at Cambridge and was recruited by Welshman. And so on. And so on. You can read more about the inaccuracies in an article by Caryl (2015) in the New York Review of Books.

In the Wikipedia article on The imitation game the following appears, in relation to the film’s inaccuracies.

In a January 2015 interview with The Huffington Post in response to general complaints about the level of historical accuracy in the film, its screenwriter Moore said: "When you use the language of 'fact checking' to talk about a film, I think you're sort of fundamentally misunderstanding how art works. You don't fact check Monet's 'Water Lilies'. That's not what water lilies look like, that's what the sensation of experiencing water lilies feel like. That's the goal of the piece.

Yesterday evening Graham Moore won the Oscar for best adapted screenplay for his work on this film. Good for him. All the same, it sounds from his Huffington Post quote that if he were painting Monet’s “Water Lilies,” he might replace some of the lilies with orchids because they are more valuable.