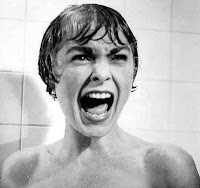 Narrative fiction has the power to deeply engage us and transport us into fictional worlds (Gerrig, 1993). Moreover, these experiences “abroad” in the realm of the narrative can have a profound impact, even shaping our attitudes and beliefs about the real world (Green & Brock, 2000). But what aspects of a narrative are responsible for this feeling of being transported? One possible candidate is suspense, or the anticipation we feel towards future events in a narrative. Dr. Anneke de Graaf (Amsterdam) and Dr. Lettica Hustinx (Radboud) designed an experiment to examine the role of suspense in fostering transportation, and how this may influence the potential for a narrative to sway our beliefs about the world. In a clever manipulation, they created two versions of a story, one that contained suspense and another that did not, based on the basic plot of a man named Tony who contracts malaria in Mali. In the suspense version, readers are presented with: (1) a setting, of Tony sitting on his rooftop in Mali contemplating his life, (2) an initiating event in the form of Tony contracting malaria, (3) an attempt at resolution whereby Western medical treatment at the hospital fails to cure him, and (4), a final resolution whereby a traditional African healer is able to cure Tony of malaria. This story is based on a novel, De Dans van de Geesten (Dance of the Spirits), by Ton van der Lee (2005). In order to create a non-suspense version, the researchers manipulated the order of events so that the story begins with Tony contracting malaria (2) followed by a successful healing attempt by an African healer (4), which precedes a series of flashbacks that describe his contemplative episode (1) and failed healing attempt at the Western hospital (3). The researchers then presented either the suspense version or the non-suspense version to 60 people in a public library in the south of the Netherlands. What they found was that those who read the suspense version were more transported into the world of the story, in that they reported being more attentive to the piece and also experienced more emotions in response to reading it. Those who read the suspense version of the story also reported beliefs that were more in line with the theme of the story relative to those who read the non-suspenseful version. The great strength of this study is that an important element of narratives was manipulated so that a direct effect could be tested with respect to how story structure impacts how we respond to a story. Suspense, in the form of events placed between an initiating events and its resolution, appears to help engage readers and this engagement is related to the power of a narrative to alter a person’s beliefs.

Posted by Raymond A. Mar at 10:38
Labels: Effects of fiction, Research Bulletins