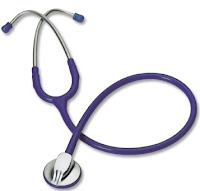 A number of programs have run with the objective of using reading and discussion of fiction in groups for therapeutic purposes. We have discussed two of these: “Changing lives through literature,” in which young offenders are put on probation and join literature seminars rather than being sent to jail (cilck here) and “Literature for life,” in which unpartnered pregnant teenagers join reading groups (click here). Another such scheme has now been reported, called “Get Into Reading,” for medical patients diagnosed with depression.

Christopher Dowrick and four colleagues (2012) report that two reading groups were run every week for a year, for patients in Liverpool, England. One was based on a general practice and the other on a medical drop-in centre. Sessions were 90 minutes long and all material was read aloud at the group. Sessions started with the facilitator reading four or five pages of a novel or short story and then prompting open-ended discussion of themes of what had been read, and of what may have been happening to the participants’ feelings, thoughts, and experiences. Then, further sections of the reading material were read, either by the facilitator or one of the group members, again followed by discussion, and so on. The last 20 to 30 minutes of each group were devoted to reading and discussion of a poem. Eighteen patients began the study. The main outcome measure was from the Patient Health Questionnaire (PHQ-9), in which a score of 10 or more indicated clinical depression. Six patients who at first had high PHQ scores (mean 16.0, indicating moderate depression) completed the whole year’s study, and scored a mean of 11.2 at follow-up. The reduction in mean depression score was marginally significant on a t-test.

In addition, group discussions were sampled, and analyzed. Patients also provided reflective diaries. The researchers report that qualitative evidence indicated that shared reading of literary texts, skilled facilitation, and attention to social group process were all important to the groups’ experiences. Although there were dropouts and although the outcome measures were limited to before and after scores, these scores were encouraging.

As we, in our research group, have found, conducting studies of reading as therapy in a way that corresponds to a laboratory study is very difficult. To do anything like a successful randomized controlled trial would be even more difficult; probably a hundred participants would be needed, along with a control activity of an interest comparable to that of the reading group. Nonetheless, therapeutically directed reading groups certainly give the qualitative impression that some participants find them really worthwhile. And that may be a very important observation.