The Enabling and the Persuasive 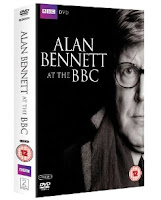 Great writers have concentrated on the enabling so, for instance, John Keats said admiringly that William Shakespeare had a "negative capability" (letter to his brothers, of 21-27 December, 1817, p. 261) of writing not to express his own capabilities and preoccupations, but instead to lose his ego and enter the minds of his characters. People have wondered what Shakespeare's views were. Was he a Catholic? Was he a monarchist? This misses the point: Shakespeare was primarily interested in writing so that his audiences could reach their own conclusions. In the same way Anton Chekhov wrote, in a letter of 27 October 1888 to Alexei Suvorin that there are two things one must not confuse:

answering the questions and formulating them correctly. Only the latter is required of an author… It is the duty of the court to formulate the questions correctly, it is up to each member of the jury to answer them according to his own preference” (Yarmolinsky, 1973, p. 117).

At the same time every artist has his or her own vision, and we are affected by it. When we read James Joyce's Dubliners we are invited to see the world differently than in Virginia Woolf's Mrs Dalloway. Yet more problematic: what are we to make of works such as Franz Kafka's The trial, which persuades us, overtly, of ways in which the societies in which we live are both inexorable and inscrutable? Kafka's work is no less art than is Chekhov's. The history of world literature can be read in terms of different cultures offering us images of a political kind: this is how to live or here's what we should change. They have offered knowledge of how cultures work, and hence of certain possibilities of cooperation.

Here's my current solution. The first part is to say, boldly, that art proper (as compared with pseudo-art, see Collingwood, 1938) does enable us to experience our own thoughts and emotions and even change ourselves by small increments. In art proper, the artist says: "Look at this. What do you think and feel about it?" In a lovely exchange in his 1990 film 102 Boulevard Houssmann Alan Bennett has Proust ask his housekeeper, Celeste, whether she ever reads novels. She says she does, occasionally: "To take me out of myself." Proust replies by asking whether a novel might take her into herself. This is the very centre of art, the offering of a gift in which as one loses oneself in a work of art one can be most oneself. In terms of our research results, this squares with our finding that art can enable changes of personalty, not of a kind in which an author has persuaded us, but of our own kind, where the author has enabled us (Djikic et al. 2009).

The second part is to say that enabling is not contradicted by the fact that every artist has an individual vision, and chooses to put to us certain questions. Many artists offer views from a dominant culture. Some are subversive. The artist's choices certainly affect the reader or viewer in a persuasive way. I now think this is all right (from the point of view of art being enabling) because there are many works of art so that, even if some are deviant, even destructive, as one reads one samples across the space of human possibility. This makes for pluralism. Of course pluralism, with its possibility of understanding many kinds of others from their points of view and even (nowadays) from the inside, itself carries a political conviction, that to engage in such sampling is better than any authoritarian stance, and that human individuality is of value. This position squares with our group's results that reading fiction enables us to understand others better, and to empathize with them (Mar et al. 2006).

Each artist achieves a balance between a work that is enabling (which the reader makes his or her own) and a vision that is persuasive (with its implications for how we might live). Science is the paradigm of the persuasive. In science one says, here is the evidence, and this is the conclusion, don't you agree? Art contains evidence, and most writers of fiction work hard on their research to make what they write accurate. But fictional art works not just by finding reliable correspondences with evidence of the outer world, but by suggesting resonances with what is within, in ways that may change as we come to recognize them.