From Ambiguity to Certainty 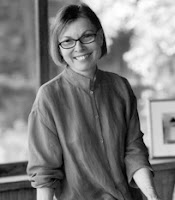 Iphigenia in Forest Hills is a short book. Ordinarily I wouldn't read a book about a murder trial; but it's by Janet Malcolm, who writes with such thoughtfulness that I bought it and read it eagerly.

The title of Malcolm's book comes from Greek tragedy. Iphigenia was a daughter whose life was sacrificed. In this book, the child who was sacrificed was the four-year-old Michelle, daughter of Mazultov Borukhova (a physician) who was separated from her husband, Daniel Malakov (an orthodontist). Borukhova was found to have hired a hit-man (her cousin), who shot Daniel Malakov as Michelle stood just a few feet away. Borukhova was found guilty of murder. In a custody dispute that neither parent wanted, Michelle had been ordered by a court to be taken from her mother, to whom she was very close, and put in the care of her father. The prosecutor had a story-line with mythical undertones. His story (writes Malcolm) was that: "It was as as inevitable that Borukhova … would revenge herself on Daniel for the loss of Michelle as that Clytemnestra would revenge herself on Agamemnon for the loss of Iphigenia" (p. 16).

Malcolm's approach to the trial is to show how one attorney was skilled and persuasive and the other had a much more difficult time. She shows how one witness, Michelle's "court appointed law guardian," who was supposed to work on Michelle's behalf, seemed instead to have been working against her. He had a hand in the court order to have Michelle—whom he never met—taken from her mother, thus initiating the disastrous chain of events. Malcolm depicts the judge as having a "faux genial manner that American petty tyrants cultivate" (p. 7), and as announcing at one point, a date by which the trial must be over, because, as he said, he would be "sipping pina coladas on the beach in Saint Martin" (p. 72).

The centre of Malcolm's book is the juxtaposition of ordinary human conversation with what goes on in a court of law. In conversation everything is provisional and ambiguous. What someone says today, or to this person, may be entirely different from what the same someone says tomorrow, or to another person. In court, procedure must overcome the provisional and the ambiguous. Whatever is said is fixed. The verdict will define exactly who did what, and with what intent.

Malcolm's book prompted me to compare courtroom procedures to games, not because courts are frivolous. Quite the opposite. Rather, it's because both games and courts ensure that the provisional becomes certain. Do both settings, perhaps, fulfill a yearning for certainty? A golf ball either drops into the hole or it doesn't. A defendant is either guilty or not guilty.

After the trial, Malcolm goes to talk with members of the families of the murdered man and of the defendant. There are still issues, for instance of who will care for Michelle. And, as is usual in conversation, despite the verdict, questions of who did what, and why, once again became provisional.

What about fiction? That's where we combine the certainty of an ending with the ambiguity of what it might mean.