Flights of the Imagination 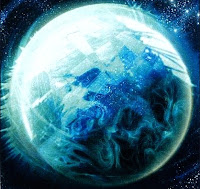 For the first issue of Scientific Studies of Literature (click here) a number of us were asked to write about the future of this field. One prospect on which I wrote (Oatley, 2011) was the contribution the psychology of fiction will make to understanding imagination, which has been less studied than other topics of comparable psychological importance. Yesterday, I looked on PsycInfo for the number of articles since the year 2001 with the word "imagination" and the number with the word "memory" in the title or abstract. I found that for each article that concerned imagination there were 18 on memory.

An important article on imagination, by Summerfield, Hassabis and Maguire (2010), was reported recently in OnFiction (click here). A comparably important article is by Maria Dias, Antonio Roazzi, and Paul Harris (2005). The problem on which they worked was originally devised in the early 1930s by Luria (1976). He found that people in Uzbekistan who were illiterate could not reason about problems in the form of syllogisms, like this: “In the Far North, where there is snow, all bears are white. Novaya Zemlya is in the Far North. What colour are the bears there?” By contrast people who had taken part in a very elementary literacy program, which had recently been introduced in USSR at that time, could answer questions of this kind. Luria reported a test of 15 people who had remained illiterate. Of these, only four were able to answer the question about the colour of bears. Those who could not answer it gave replies that concerned their direct experience, for instance, that they could not say what colour bears were in Novaya Zemlya because they had never been there. By contrast, all 15 of those who had attended a literacy program could answer the question correctly.

In discussing these results, Paul Harris (2000) suggested that it wasn't literacy as such that had the effect, but whether the respondents were able to use their imagination, as they had as children when they were playing. Introduction to literacy and reading, Harris argued, enabled them to do this, and thereby to start to think in terms of generalizations beyond their immediate experience.

Dias, Roazzi and Harris studied 48 adults from Recife in northeast Brazil. Of these 24 were illiterate and 24 had attended a literacy class two to three hours a week for two years. Diaz et al. used a set of syllogisms on subjects that were unfamiliar, with premises like "All leucocytes are white," and a set with premises on topics that were familiar, like "All blood is red."

Dias et al. found essentially what Luria found: in the standard condition the illiterate people who were asked to reason, for instance, from the premise "All blood is blue" could not do so, and tended to gave justifications from their own experience. But when Dias et al. posed the problem so that it was about another planet, significantly more people were able to reason from the words of the syllogism. In the planet condition both those who were illiterate and those who had received some literacy training did much better on the syllogisms with both unfamiliar and familiar content. The invitation to people to imagine being on another planet—the kind of invitation offered in fiction—provided a gateway to being able to reason with words, rather than needing to rely entirely on direct experience.

Although, of course, memory is important in psychology, imagination is comparably important. The psychology of fiction will help us understand it better.