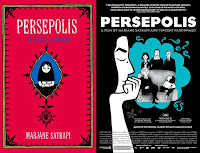 One of the most fascinating aspects of fiction is our ability to become completely immersed or transported into the world of a story (Gerrig, 1993; Green & Brock, 2000). But does this experience of being transported into a narrative world change depending on whether the individual is engaging with that story for the first time, or for a repeat trip? It is possible, for example, that a repeat story would be less engaging due to boredom and lack of suspense; on the flip side, it may be that experiencing a story for a second time allows for greater fluency and deeper understanding. And furthermore, how might story medium (text versus film) affect this process?
Our recent paper in Media Psychology investigated these questions, using a field study and a laboratory experiment (Green et al., 2008). For the first study (N = 88), we recruited people at movie theaters. We were interested in whether their transportation into the movie (one of the Harry Potter series, and replicated with one of the Lord of the Rings films) would be affected by whether or not they had previously read the book version. Results showed that people who read the novel before viewing the film version were more transported into the film, compared to non-readers. A prior visit to the narrative world increased engagement with a new version; novel-readers seemed to have heightened emotional reactions to the film.

While this study provided suggestive evidence that repeat exposure could be beneficial to narrative experience, it was open to alternative explanations – perhaps most obviously, the possibility that individual who were bigger fans of fantasy or of these series in particular might be both more likely to read the book and to become transported into the movie. In Study 2 (N = 71), participants came to the lab on two separate occasions to either read a passage or watch a movie clip. Results replicated Study 1: reading followed by watching provided the greatest transportation (a significant increase from the first to the second session). However, watching the movie clip twice resulted in lower transportation at the second session (and the other two combinations showed no change in transportation at the second session). It appears that repetition can indeed enhance one’s narrative experience, but not always – perhaps the movie version did not provide enough new food for thought to be engaging a second time around.

As a whole, these studies make two key points. First, a match of desired cognitive effort with the challenge of the text seems to matter for becoming transported into the narrative world. Although we investigated these effects with differences between film and text, these findings have broader implications as well (for example, for comparisons between simple versus complex stories). Second, repetition can (under some circumstances) enhance transportation into a narrative world. Transportation does not solely rely on the excitement of wanting to find out what happens in the end. Rather, traveling back to a familiar storyworld allows individuals to engage again with beloved characters or perhaps to find something new in a familiar story.
---
Cacioppo, J. T., Petty, R. E., & Kao, C. F. (1984). The efficient assessment of need for cognition. Journal of Personality Assessment, 48, 306-307.

What a fascinating study! This is very useful and connects to pop culture.

I've read Philip Roth's novel The Ghost Writer at least 15 times. I can't say why I am so taken with it, but I can say that I appreciate better understandings of it with each reading.

I have read your original article, Melanie: great that you researched what I find is a common dilemma of viewers and readers: to watch a film first or rather first read a book? Many times, when a new film came out based on a book, that seemed interesting to read, too, we discussed with my friends about what should we do first. We took different decisions in different cases, mostly based on considerations that you described in your paper.