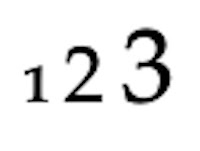 Rosalind was inordinately beautiful. She was a high-school teacher of mathematics where, although there were geometry and algebra, in her classes, calculations came top. When shopping, she sought out bargains. Back home, she would take the receipts and, in a notebook, write in a 5-column list, which for her was of 1st importance: “Date,” “Item,” “Normal Price,” “Reduced Price,” “Saved.” The “Date” column had no verbal abbreviations such as “Sept.” It amounted only to numbers like “09.”
In additional transactions, Rosalind did equally: she based every problem she could on numbers.
A man across the street from where Rosalind lived had resided there since 1999. Like her, he had lost a spouse. He had the singular name, “Algernon.” They had met when Rosalind and her erstwhile husband moved in. The man told her that he preferred the designation, “Al.”
“Down from 3 syllables,” said Rosalind. “’Al-ger-non,’ to 2, ‘Al-gy,’ now 1, ‘Al.’”
The man looked at her. Was she joking? Negative. “Correct,” he said.
That was 3 years, 2 months and 23 days ago, now here they were at 11 o’clock on 29/01/2019 and Al was helping her 1 more time.
“Ceiling light inoperative,” she said. “Can’t solve it. Can’t change even 1 odd light bulb. Can’t do a fraction of what I should.”
“I’ll check it out,” said Al.
At 12 noon, that day, Al purchased 3 bulbs, returned, inserted 1, left 2 in the packet, which he deposited into 1 of Rosalind’s closets.
In a 2nd list, Rosalind had inscribed occasions on which Al had acted on her behalf, since her bereavement. They had increased exponentially because, except for arithmetic, her practical skills were approximately zero: 0.
The night after the incident of the light bulb, the ambient temperature reduced to minus 18 degrees Celsius, and Rosalind’s garbage container which, every 3rd day of the week, had to be deposited near the road, was frozen to the slab on which it stood. So Rosalind called Al on his private number, which won’t be displayed here because it’s private.
Rosalind inspected her list of what Al had done. If he put out the garbage container then, in the last 10 weeks, the count of things he’d completed would reach the integer 10.
Oh, she thought. That’s my number; I’m positive.
Al released the container, removed it to the verge. Rosalind stood with her door ajar, in her dressing gown.
Then she said: “Can you come up here for 1 moment?”
What can I bestow? she thought. Show how infinitely grateful I am.
Al ascended Rosalind’s 3 front steps.
“Thank you,” she said. “So very much, 10 times more than I could ever say.”
She inclined towards him and kissed him, not on the cheek, not on the mouth, but on that little bit between the mouth and cheek, 1 time, 2 times. No, she thought, that’s not the equation. She vouchsafed a 3rd kiss.