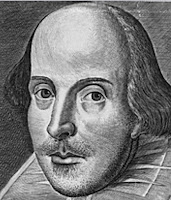 In Stratford on Avon, in 1582, William Shakespeare, at the age of 18, married Anne Hathaway, who was 26, probably because she was pregnant. They had three children: Susanna, born in 1583, then twins Judith and Hamnet, in 1585. Soon after this, William left Stratford. He moved to London, where he lived for more than 20 years, first joining a theatre company called the Lord Chamberlain’s Men, in which he became an actor and their principal playwright. In 1609, William’s 154 sonnets were published. The first 17 of these seem to have been commissioned; they are addressed to someone known as “the young man.” They were written to try and persuade him to marry, so that he could pass on to children his beauty which otherwise, would be lost when “forty winters” would “besiege” his brow. The next 109 sonnets are about William’s relationship, probably an affair, with the young man, which seems to have started when William was maybe 28, and the young man perhaps 18.

The group of 109 sonnets (18 to 126), as Helen Vendler explains in her brilliant book of 1997, draws on conversations and interactions between William and the young man. Then, beginning with Sonnet 127, come 27 sonnets about William’s affair with a woman called the Dark Lady, perhaps, Emilia Lanier, England’s first published woman poet, (see Michael Wood, 2003).

In his plays, William Shakespeare depicts memorable characters such as Hamlet, in the play of that name, and Rosalind in As You Like It. But these characters are out there, on the stage, whereas the Sonnets seem more interior, more personal. One may infer that when the young man had sex with others, William was devastated, so then he went and had sex with others as well, which seems to have increased his own anguish …

So, here is Shakespeare’s Sonnet 27:
Weary with toil I haste me to my bed,
The dear repose for limbs with travel tired;
But then begins a journey in my head
To work my mind when body’s work’s expired;
For then my thoughts, from far where I abide,
Intend a zealous pilgrimage to thee,
And keep my drooping eyelids open wide
Looking on darkness which the blind do see:
Save that my soul’s imaginary sight
Presents thy shadow to my sightless view,
Which like a jewel hung in ghastly night
Makes black night beauteous and her old face new.
Lo, thus by day my limbs, by night my mind,
For thee, and for myself, no quietness find.

The sonnet is a verse form designed to express the emotion of love. Its general structure is eight lines, four lines, two lines (as shown above). Between each group are potential turning points. The first of these, in Sonnet 27, is between the first eight lines, about William’s inability to sleep, and the next four lines about his “imaginary sight” of the young man. The second occurs with the change from lines 9 to 12, to the final couplet in which, when William thinks of the young man, the experience is of anxiety.

In her discussion of this sonnet, Vendler points out parallels: day—limbs, night—mind, day of travel—night of pilgrimage, no quietness for the young man—no quietness for William. Then, she says, glimmering behind some of the words are others: behind “zealous” may be ”jealous.” And, as she explains, William’s night is arduous: “But then begins a journey,” “To work my mind,” “Intend a … pilgrimage,” “keep my … eyelids open,” “Looking on darkness,” “Save that my soul’s … sight,” “Presents thy shadow,” “Lo thus … no quiet.” As when any of us is unable to sleep, each insomniac phase is followed inexorably by another, without respite of “dear repose.”

William, here, seems to have been anxious because he had to leave London for work, and wondered what the young man may have been up to. Although, in the first eight lines he makes a mental pilgrimage to an image of the young man, with the first turning point what William meets, mentally, is a “shadow:” a word which at that time could mean “actor” on a stage, and also “outward behaviour” which Shakespeare tended to contrast with “substance,” meaning inward truth. So the night is “ghastly” because, with the second turning point, although though the poet is awake, alone in bed, perhaps the young man is also awake, in bed with someone else.

Image: Shakespeare from the First Folio of 1623