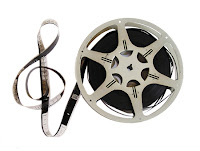 Music has always accompanied films in one form or another. Today, entire soundtracks are produced solely for movies. Moreover, many of these musical themes have become a part of popular culture, instantly recognizable and synonymous with certain movies. But music doesn’t just add to the aesthetics of the film and fill in the silent segments; it can also help to engage viewers. Drs. Kristi Costabile (Iowa State University) and Amanda Terman (University of California) conducted 2 experiments to help shed light on how music accompanying a film helps draw the viewer into the story. Specifically, they looked at the effect of music on whether a movie can shape our beliefs, and how strongly viewers identify with the main character.

Both studies found similar effects, but were slightly different in their structure. In the first experiment, 57 participants were randomly assigned to watch a film either with its original soundtrack or with this soundtrack taken out. There was no dialogue in the film. In the second experiment, the film originally had no soundtrack but there was dialogue. 110 participants were randomly assigned to watch this film in its original version, or with classical music looped in the background. This music was either emotionally consistent with the story, or opposite in tone.

The researcher found that when a soundtrack accompanies the film, viewers become more immersed in the story presented, both emotionally and cognitively. As a result, viewers were also more likely to agree with the beliefs expressed in the film. The main character in the story was also seen as more identifiable. However, these effects only appeared when the music was emotionally consistent with the story (e.g., sad music playing for a sad story). When the music was emotionally inconsistent with the film, these results disappeared or even moved in the opposite direction.

Music and narrative have a complex relationship, but these studies have helped to uncover some of its intricacies. Hearing a musical theme often conjures up memories of watching the movie it came from and the memorable scenes and emotional reactions to that movie. Music is more than just an accompaniment. In a film, the music becomes inseparable from the story.

Posted by Raymond A. Mar at 07:00
Labels: Effects of fiction, Film, Research Bulletins