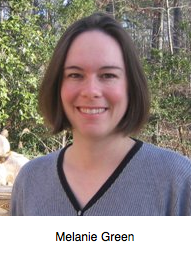 One of the most influential and important ideas in the psychology of fiction has been Melanie Green and Tim Brock’s (2000) finding in four experiments that people who are more engaged in a narrative are more affected by it. Influenced by Richard Gerrig’s (1993) book Experiencing narrative worlds, they investigated the idea that narratives can be transporting. Among the stories they used in their experiments was an imagery-rich narrative called “Murder in the Mall.” In the original story, a small girl, Katie, is stabbed to death by a psychiatric patient in a mall. Green and Brock created a scale of transportation into the narrative with 11 items of a general kind such as, “I was mentally involved in the narrative while reading it,” and four items related to imagery in the specific story such as, “While reading the narrative I had a vivid image of Katie.” Using “Murder in the Mall,” some variations of it, and some other stories, they found that the higher readers’ scores on the transportation scale, the more beliefs they acquired that were consistent with the story, and the more favourable were their evaluations of protagonists. Green and Brock stressed the role of transportation in persuasion, but transportation and the scale that measures it have been found to be useful in the study of narratives in general, not just those intended to persuade.

Green and her colleagues have continued to study transportation, and have done so very productively, taking in not just reading but film, as well as fiction and non-fiction (e.g. Melanie Green, Christopher Chatham and Marc Sestir, 2013). Others have joined in, and now Tom Van Laer, Ko De Ruyter, Luca Visconti and Martin Wetzels (2014) have now done a meta-analysis of 76 studies of transportation, and they have treated the concept to include its antecedents and consequences within a multi-disciplinary framework. Raymond Mar has posted on this study earlier this year (click here) but I thought that it might be worth emphasizing their idea of stories in their paper and results of their meta-analysis here.

Van Laer et al.'s proposal about elements of a story perhaps contains an essence of how transportation is accomplished. They say that to be imaginable a story must be based on a plot and contain:

(1) the plot, which frames the temporal sequence of the events; (2) the characters playing a role in the plot; (3) the climax, which results from the modulation of the dramatic intensity along the plot; and (4) the outcome, or the end state of the plot commonly derived from the characters’ resolution of a misfortunate event.

Stories take us into other worlds, possible worlds. One of the earliest studies of how people are transported into such worlds was by Victor Nell (1988). He called his study Lost in a book. This phrase is evocative, but we don’t usually get completely lost when we read a story. We are, however, transported from our day-to-day world and, as with many kinds of travel, we can be affected by our journey. Changes of beliefs are among the effects, but as research in this area proceeds it’s likely to reveal that with the journeys of fiction deeper changes occur, too.