Research Bulletin: The Role of Empathy in Experiencing Emotions from Narrative 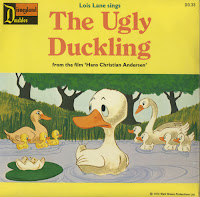 Although it can hardly be denied that narratives can evoke emotions, not a great deal is known about the specifics of how this occurs. A recent paper by Mikkel Wallentin* and his colleagues examined whether and how empathy might relate to the emotions evoked while we process a story. They had 75 people (27 male, median age 18 years) listen to a recorded version of the classic fairy tale “The Ugly Duckling” by Hans Christian Andersen. As they listened to the story, these people indicated the intensity of their emotional experience on a scale from 0 (extreme boredom) to 10 (extreme emotional arousal) at every line-break in the written text. The same individuals then completed a self-report of empathy. What the researchers found was that levels of empathy were associated with the overall average intensity of the experienced emotions across the entire story. Interestingly enough, they also found that during the periods of the story with the most intense emotions, empathy wasn’t much related to the emotional intensity experienced. These sections of the text had mostly to do with actions occurring in the story. Conversely, the parts of the text where empathy was most associated with emotional intensity had to do with social aspects of the story, dealing with characters interacting or what characters were thinking and feeling. These data suggest that our emotional reactions to stories could be driven by two different systems, one that responds directly to the plot and actions of characters and another that responds to what characters are thinking and feeling and the interactions between characters. This study provides a nice integration of work on empathy and work on emotions in narrative, bringing us closer to understanding why and how stories create emotional impact.

* Mikkel Wallentin is a cognitive neuroscientist and associate professor at Aarhus University who has also published three fiction novels.

** For a copy of the original article, please contact R. Mar (details in profile).