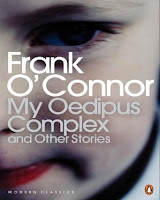 Results found in our group, for instance by Mar et al. (2006), suggest that reading fiction improves people’s empathy and theory of mind. Although, in subsequent replications, we controlled for individual differences, we have not until now done an experiment. Recently published, however, is a study by Maja Djikic and me, with Mihnea Moldoveanu (2013), in which we randomly assigned people to read either one of eight fictional short stories or one of eight non-fictional essays chosen from anthologies. Both the short stories and the essays were literary, and about 6000 words long, The stories included Frank O’Connor’s “My Oedipus Complex,” and Katharine Brush’s “Night Club.” The essays included George Bernard Shaw’s “Killing for Sport,” and Rabindrath Tagore’s “East and West.” In their original form, the essays generally had a higher reading difficulty than the short stories and were more variable in length. We therefore carefully altered the essays to make them equal to the short stories, on average, in length and reading difficulty. We made no alterations to the short stories. We worked to ensure that, even with our alterations, the levels of interest to readers of the essays and the short stories was the same.

We made two measures of empathy. One was the Mind in the Eyes test of Baron-Cohen et al. (2000). The other was Davis’s (1983) Interpersonal Reactivity  Index. As well as these measures we also measured people’s Big Five traits of personality (John, Donahue, & Kentle, 1991).

We found that as compared with reading an essay, reading a short story increased people’s empathy as measured by a change on the scale of Perspective-Taking in Davis’s Interpersonal Reactivity Index. But this change only occurred for readers who were low in the personality trait of Openness. We didn’t find any effect of reading the fiction or non-fiction on the Mind in the Eyes test.

In the studies of Mar et al. (2006) and their replications, we have found that life-long reading of fiction is associated with greater empathy as measured by the Mind in the Eyes test. We replicated that result again here. We think the Mind in the Eyes test is a good long-term measure of empathy, but it does not change in response to a single episode of reading fiction. We found that Perspective Taking, as measured by Davis Interpersonal Reactivity Index did improve, and it may be that for shorter-term, experimental tests of empathy this is the best measure. Dan Johnson (2012) recently published an experiment in which he used a story that he had constructed specially for his study, and showed that the more deeply transported readers were by the story the greater was their empathy, as measured by the Interpersonal Reactivity Index and by a behavioural test. Although this was a very helpful result for the idea that fiction prompts empathetic responses, we thought it important for our study to use materials of acknowledged literary merit.

References
Baron-Cohen, S., Wheelwright, S., Hill, J., Raste, Y., & Plumb, I. (2001). The “Reading the Mind in the Eyes” Test Revised version: A study with normal adults, and adults with Asperger's syndrome or high-functioning autism. Journal of Child Psychology and Psychiatry, 42, 241-251.