Effects of Fiction on Empathy 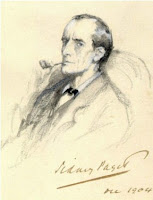 Although Raymond Mar and others in our group (Mar, Oatley, Hirsh, dela Paz, & Peterson, 2006) were, I think, the first to find an association between the amount of fiction people read and their levels of empathy, in that 2006 study there was some ambiguity about the causal direction of the effect. We hypothesized that fiction—which we proposed was a simulation of the social world—enabled people to become more empathetic with others, but at that time we were not able to rule out the possibility that the association might have been due to people who were more empathetic having a preference for fiction rather than non-fiction. In a replication of the earlier study (Mar, Oatley & Peterson, 2009), however, we found that the association could not be explained by empathetic people preferring to read fiction, or indeed by other individual differences among readers. Even so, to show unequivocally the causal direction of the effect experimental studies were needed.

Two such studies have now been performed by people who are not connected with our group. One study was by Dan Johnson (which we reported in OnFiction on 22 November 2011, click here). Now a second study has been performed by Matthis Bal and Martijn Veltkamp (2013).

Bal and Veltkamp put together the idea of fiction as social simulation with Green’s (2004) idea of transportation as an indication of people’s engagement in stories. In their first experiment, Bal and Veltkamp had 66 participants read either a Sherlock Holmes story, “The adventure of the six Napoleons” by Arthur Conan Doyle, or a selection of the same length from a newspaper about riots in Libya and a disaster in Japan. Transportation into the text was measured by three items prompted by Busselle and Bilandzic’s (2008) account of engagement in stories: “The story affected me emotionally,” “During the reading of the text, when a main character succeeded I felt happy, and when they suffered in some way, I felt sad,” and “I felt sorry for some of the characters in the text.” Empathy was measured just before reading the text (Time 1), directly after reading (Time 2), and one week later (Time 3), by the Empathetic Concern scale of Davis (1983). In a second experiment, 97 participants followed same procedure except that they read either a fictional text, a chapter from José Saramago’s Blindness, or a non-fictional text which was of extracts from a newspaper.

One of the virtues of Bal and Veltkamp’s paper is the use of real literary examples for people to read. We are still some way from being able to say what attributes of stories invite the most transportation, or prompt the strongest changes in empathy, but such questions now seem as if they may soon be answerable.

Bal, P. M., & Veltkamp, M. (2013). How does fiction reading influence empathy? An experimental investigation on the role of emotional transportation. PLoS One.

Mar, R. A., Oatley, K., & Peterson, J. B. (2009). Exploring the link between reading fiction and empathy: Ruling out individual differences and examining outcomes. Communications: The European Journal of Communication, 34, 407-428.

Thanks, I love to see studies like this. My only concern is with the definitions of fiction and non-fiction. Perhaps a third category needs to be introduced: memoir (since there is a great deal of literary work being done in that genre today). Surely the empathy-response would be different between well-written memoir (non-fiction that uses fiction techniques) and newspaper reportage. I'm curious about how memoir would affect transportation and whether it would trigger empathy even more effectively than fiction.

Thanks very much, Brent. I totally agree that fiction versus non-fiction is rather a coarse, distinction. I think it's very likely that certain kinds of memoir and biography have some of the properties that we have found for fiction. The trouble is that in doing empirical studies one has to proceed by rather small steps. But having got going at this, I think that it's possible that in the next few years researchers in this area will start to understand what features of literature enable readers most easily to achieve particular kinds of understanding, of others and themselves.

The other day I was reading an essay by Sven Birkerts about his perfect writing day and I was just loving it -- I was "transported" into his writing realm, drinking coffee with him, having wine with him, writing away with him. I was "with" him! Then... well, then he lost me. He lost me as soon as he stopped writing about his experience and started quoting. It didn't matter that it was a fantastic quote, the magic was gone.

I have this friend to whom I write and he has only one rule for me: "no quotes!" We cerebral types tend to think in quotes. They just sort of pop up, spontaneously. It's an urge and it must be scratched. But they tend to wake you up from your reading voyage, as if someone had turned on the lights in the movie theater.

Anyway, what I wanted to get to is this: instead of asking people to compare two different types of stories, written in different styles, perhaps you could ask people to read only one story, by the same author, and ask them at what moment within that story they were most engaged, or "transported", if you will. You could also ask them at what moment, if any, the author "lost" them, forcing a break in their empathic connection to the story and thus preventing them from recreating, in their mind's eye, the author's original experience. (I understand this would be somewhat different from the Time 1, 2, and 3 described above.)

I think the answer will probably point to the use of language -- readers sense, intuitively, by the writing style, by the rhythm of the sentence, by so many clues, when the author is being sincere, that is, when he is relating an intensely lived or imagined experience, and when he is just sort of quoting wooden words that have not penetrated into his soul.

Maybe you don't even have to ask the readers this -- you could hook them up to a fMRI machine during the reading process and just register the corresponding brain waves and you'd know the exact moment when they disengaged from a story. If enough people "break" at the exact same point, you could compare the style of language that was used before and after that point, which might point toward an answer to the (fantastic!) question you ask.

(Birkerts is one of my favorite essayists, along with Joseph Epstein. Here is a link to that article I talked about:
http://www.laphamsquarterly.org/essays/fabled-powers.php?page=all)

Thank you Fabio, for this very interesting set of thoughts. I agree, it would be wonderful to see when, exactly, a person becomes transported into a piece of writing. And when the person is transported most intensely. I think it could be done, and perhaps will be done. The first attempt that I know of to investigate this kind of issue was by Victor Nell, and he describes it in Lost in a book. As you say, the answer to your question, of when the immersion starts, might then be able to be related to style of language. Fascinating issues!