Marriage Equality Applesauce and the Smell of Care: Food Politics, and Further Thoughts on the Importance of Setting for Stories 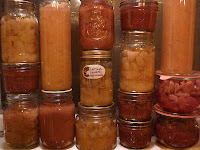 After spending the U.S. election day of connecting voters to their polling places and campaigning for Minnesota marriage equality, I spent the lull before voting returns  at home making applesauce. This moment of comforting domesticity -- especially after intense conversations with so many newly met neighbors! -- make me appreciate not only how many of my gay friends are amazing parents, but also, as I thought about this while making applesauce (which I came to think of and label as Marriage Equality Applesauce), how food politics work in ways that recent complaints about there not being enough POLITICS in food politics may not be appreciating.

There has been considerable recent discussion of the problems with the narration of food politics. The California proposition (37) to label genetically modified food, for example, received a lot of support via the fairly straightforward narrative that people have the right to know what goes into their food.

The political struggle over this food labeling proposition not only calls into question the authority of the current stories most people use to quell unease about the amount that is unknown about the food they must ingest at regular intervals, whether or not they feel they know enough about it, it also revealed to many people who had not been paying close attention just how much effort is put into controlling the stories used to frame food.

After late September polls suggested that over 60% of Californians supported the labeling proposition, significant out-of-state funds were assembled to re-message the importance of trusting in the safety of existing food systems.  An election day article reported that:

"In late September, 61 percent of polled Californians supported Prop 37. But just a month later, that opinion flipped upside down, and only 39 percent were in support of the proposition, with 51 percent in opposition of it. ... Prop 37 has received significant national attention and money because of the precedent it could set for the country. Food, biotech and chemical companies have spent over $45 million on the No on 37 campaign, and 93% of that money has come from out of state. Natural food companies and other supporters have spent over $8 million on the Yes on 37 campaign, most of it also coming from out of state."

Spending an hour making applesauce here and there gives one time to think about how much of the story of what it takes to get food is caught up in such struggles over who gets to tell what, and how much of food's story is silenced. As I work in the domain of food, I hear food stories all the time, and I am increasingly struck by the importance of these stories for people, and of the dramatic struggle these stories often embody for people. People feel very strongly about the stories they associate with their food.

At the same time that I appreciate the value and importance of meaning making around food, however (work like peeling apples leaves a lot of time for talking, and I sometimes wonder what percentage of what I know about my family I learned doing some task like this!), I also sympathize with recent critiques of food politics as being perhaps too much about people exploring food stories to connect more with desirable lifestyle choices than with an alternative set of stories about food that make farm-to-fork or producer-consumer relationships more significantly meaningful -- or actionable. (Looking at the healthy junk food marketed to the wealthy, I can't help thinking that the not-insignificant amount of corporate money that went into supporting the labeling proposition raises additional questions about how much a "market share by labeling vs. control of the market by not labeling" impoverishes our ability to have meaningful discussions of the conditions that make people comfortable or uncomfortable with the risks of food biotechnologies! In encouraging gushing exhibitions of virtuous satisfaction over food efforts or imbibements, this marketing of "good" food with little explanatory depth for its goodness also helps aestheticize the relationship between well-paid people's labor and poorly-paid people's labor embodied in our current food system.)

However again, though, as we start to see the massive resources pouring into the control and silencing of food stories, I think it is worthwhile paying close attention to the work that people's everyday food stories do, especially in contrast to the food stories of corporations struggling to maintain control of our understanding of food -- and, in fact, the meaning of food itself. People use food to open up perspectives on food system connections that may not be easy to apprehend, to make more visible the practical (and political) choices that we could be making, and to remind other people of the possibilities of those choices (and, importantly, support their making those choices), every time they eat.

As people who pay attention to material feminist practices (an author list crossing fiction and social science I would love to start compiling!) have been telling us for a long time, it is in no small part in the way that we experience the everyday practices of care -- the smell of applesauce reminding me how much my mother and father show they love their family in the way they stockpile applesauce for meals, dried apple slices for snacks, apple pies for gatherings, and reminding our whole household that we will be alright across a long Minnesota winter, with hot applesauce for breakfast, even if it's still dark -- that we construct the robust settings of our love stories, stories that are hard to rival in breakfast cereal ads (and I'm sorry, but in any storebought applesauce I've tried), even, I suspect, the ads that cost $45 million.