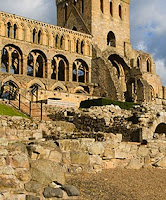 A first principle seems to depend on what Andy Clark pointed out, that the mind has a deliberative verbal processor and an associative intuitive processor which have utterly different properties. So the mind is a hybrid; we have to negotiate between the different modes. The verbal processor can enable thoughts themselves to be objects of thought. The associative processor is perhaps responsible for concepts and intuitions. A verbal utterance, received by the verbal processor can be purely semantic and syntactic. I can write: "There's a leafless tree outside my window." In these words I can communicate both to myself and you. Perhaps you can think of a tree of this kind. This isn't poetic: you know the sort of thing I mean by drawing on your experience of winter-time deciduous trees. A poetic utterance does this but adds something beyond the semantic and syntactic. It makes connections between and among the words themselves by means such as metres, metaphors, metonyms, multiple interpretations. The psychological effect of an evocative poem is to invite a certain density of reflective thought, which brings a thought feelingfully to mental presence, by its several links with the associative processor. (On this idea of reflectiveness, see Sikora, Miall & Kuiken click here.) If I read, in William Shakespeare's Sonnet 73 the line: "Bare ruined choirs, where late the sweet birds sang," the words seem to become poetic by inviting links from the verbal to the intuitive processor that go beyond the semantic and syntactic because they are multiple and simultaneous. Rather than intuitions one-at-a-time, they invite concurrent intuitions. In this line, I enjoy the iambic pentameter because it's like a heartbeat; I think somewhat poignantly of my own aging as of ruined churches I have visited along the English-Scottish border, picturesque but sad, no longer of much use except as memories of a sort; I connect the singing of birds and the singing of choirs; I wonder what birds were doing, flying about in the churches before they were ruined. All in ten syllables: the span of a single conscious verbal thought. If I had merely written such thoughts (as I have just done), you'd read them one at a time, they'd not be linked, and they'd not be of much interest.

A second principle, as John Keats said in a letter of 27 February 1818, is that: "Poetry should surprise by a fine excess and not by Singularity." (In North American usage: it should be unusual but not weird.) The principle was later proposed by Victor Shklovsky: defamiliarization. It was one of the first aspects of literature to be studied empirically, by Willie van Peer. Rachel Giora has shown that brain activation spreads beyond the language hemisphere not in response to metaphoricity, but to unusualness.

A third principle derives from Indic poetics, in which Abhinavagupta said that dhvani, suggestiveness, is the heart of poetry. Suggestiveness implies an intimate partnership: the poet suggests and the hearer or reader creates a shared meaning.

And, as Coleridge said, real "poetry brings the whole soul … into activity." How it does so is what we're trying to understand: trying, but not there yet.

This project interests me a great deal, partly because it seems guided by a notion I distrust: an inclination to gain access to the "core" of a phenomenon though some version of its miniaturization. Psychology, as a discipline, is littered with failed efforts to miniaturize (where is "verbal learning" now?).

On the other hand, I have been drawn in a similar miniaturizing direction (Kuiken, 2008). I have even been tempted to suggest that the following lines from Borges’ (1946/2000) essay, “A New Refutation of Time,” encapsulate an entire theory of expressive reading:

Three components prevail: (1) primary metaphor, (2) crossings of metaphoric expressions in variations on a theme, and (3) metaphors of personal identification. These principles don't neatly converge with the "core" principles you spell out here, but close comparison of what we find in our respective "miniatures" might be interesting.

Thank you very much, Don, for this very thought-provoking comment. Sorry for my delay in answering.

I think I do like the idea, from cognitive psychology, of making models: in a particular domain, first try to observe what people do, ask them about it, get them to externalize what they are thinking and so on; second make a model of the results; third apply the model so that one can do the skill better oneself (or in some areas such as visual perception, or conversation, write programs to do it).

A lot of what I read in literary theory and criticism are examples which, although they are often interesting, don't quite do it.

I like your three principles of metaphor in expressive reading, very much. Thank you. I'll think some more about this.