In the Brain of the Beholder 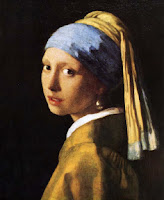 A very fine summer school organized by Ed Tan was held this July under the auspices of the University of Amsterdam's Centre for Creation, Content and Technology. Its title was "Reading Mediated Minds: Empathy with persons and characters in media and art works" and it was attended by some forty or so graduate students whose research is on print fiction, media, and film.

The first presentation, entitled "Neuroaesthetics," was by the distinguished neuroscientist Semir Zeki. He announced that that we are at the beginning of a revolution, equal in importance to the Copernican one. It's of being able to find scientific answers to questions about subjective mental states. So striking was this statement, that I thought I had better pass on what Zeki said to readers of OnFiction.

One question, said Zeki, is: What are the neural correlates of beauty and ugliness? Kawabata and Zeki (2004) used 192 paintings categorized as abstract, still life, portraits, and landscapes, and had 10 participants rate them on a scale of 1 to 10, from ugly to beautiful. Some days later in an fMRI machine the participants were shown ugly pictures (that had been rated 1 and 2), neutral pictures (rated 5 and 6) and beautiful pictures (rated 9 and 10). As compared with ugly and neutral paintings, beautiful pictures more strongly activated parts of the visual cortex as well as areas of the orbitofrontal cortex that have previously been found to be associated with reward, and emotional engagement, the more beautiful the picture was rated, the more was the activation. By contrast, ugly paintings (as compared with beautiful ones) more intensely activated parts of the motor cortex.

Zeki went on to say that beauty is not art, but that one of the characteristics of great art is ambiguity. We are familiar with visually ambiguous figures, such as the wife/mother-in-law figure, which can seem like the head of young woman looking away from us over her shoulder, and which alternates with a side-view of the face of an older woman with a prominent chin. Zeki proposed that a characteristic of great art is not visual ambiguity (in the manner of ambiguous figures) but cognitive ambiguity. Modern fMRI studies have shown that ambiguity is a property of the brain, as interpretation shifts so does brain activation.

An example of cognitive ambiguity is Jan Vermeer's painting "The girl with the pearl earring." Zeki (2004) has written about the girl in this picture as follows.

She is at once inviting, yet distant, erotically charged but chaste, resentful and yet pleased. These interpretations must all involve memory and experience, of what a face that is expressing these sentiments would look like. The genius of Vermeer is that he does not provide an answer but, by a brilliant subtlety, manages to convey all the expressions, although the viewer is only conscious of one interpretation at any given moment. Because there is no correct solution, the work of art itself becomes a problem that engages the mind. ‘‘Something, and indeed the ultimate thing, must be left over for the mind to do,’’ wrote Schopenhauer (p. 189).

Zeki pointed out that Michelangelo left two-thirds of his works unfinished and that Cezanne, too, left paintings unfinished, saying that he was not interested in finished paintings, because a painting is finished in the brain.

About the girl with the pearl earring. Did somebody try to resolve the indeterminacy of the painting by telling a story about what happened next? ( I seem to recall that there was a book.) But it seems to me there is a difference between the indeterminacy of not knowing what will happen next-- or entering a scene without knowing what happened last-- and a different phenomenon which has to do with stretching or modifying or creating new concepts. So if a reader gets annoyed about the morality of a fictional character --unable to decide about good/bad//right/wrong) that might be because their prior conceptions fit reality too tightly. This seems a different idea about the value of art than that possibly suggested in this short but pleasant entry-- I thought you might be suggesting there is a value to the free play of imagination.

Thanks very much for this; I was quite struck by Zeki's take on "The girl with the pearl earring" and, for me, his idea of cognitive ambiguity seems rather fruitful. I find the idea worthwhile because I think that art—real art—as you are hinting at, tends to disturb our schemas. The disturbance might take the form of an ambiguity between our original schema and a new one towards which a change might occur.

I can't keep up with everything, Keith! But, you continue to stimulate me and knock me off balance in a good way! (I've just got your book and while reading it, my conscience was nagging me because I feared this post had an unnecessary tone....). Anyway, yes, I think we agree about something fundamental here. But, I'd add that I see a tendency to steer us away from the moments of aporia that good art causes--in the form of pre-digested movies, and, especially, advertising.

I think now that to describe your brief note as advocating merely the "free play of imagination" was unfair. I think I can see that you have more in mind.
I guess you are wise enough to take blog posts in the proper perspective, but I can't help myself from feeling as if I'd been caught with my pants down.

I guess when I read your post, there was a question in my mind about how best to characterize this thing you called "ambiguity". I've not got a worked out answer, but it seemed to me that ambiguity is a different thing than incompleteness. On the other hand, I suspect (though I'm no psychologist) that the phenomenon here is terribly deep. It comes out in epistemology in very many different forms--how we go from the evidence of the senses independent physical objects let alone grand theories.

With that I'll stop. I've got things I must do, and then I want to get around to reading more of your book.
Thanks

Well, I can't keep up either ... I'm running as fast as I can without being able to. But thank you. Your distinction between ambiguity and incompleteness is a very interesting one, that I have not thought enough about. With your prompt, I shall think some more. I suppose the principle towards which I find myself heading is that art is not the art object (only), and not (just) the creation of the artist, but something that goes on in a three-way encounter among the artist, the art object, and the person who engages with this object to bring it alive.