Harry Potter and the Sense of Belonging 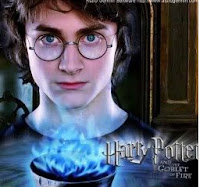 Although J.K. Rowling's Harry Potter books have been fiction's most extravagant success, we at OnFiction seem to have been remiss in mentioning them only once (click here). In that post, last year, we reported that 60% of visitors to the site of World Book Day, when asked what books they had read, mentioned J.K. Rowling's Harry Potter books; this was nearly twice as frequently as they mentioned John Grisham's books.

The psychological question is this: Why has Harry Potter been so popular? In a paper just released online by Psychological Science, Shira Gabriel and Ariana Young give some answers. They asked participants to read an extract either from Rowling's Harry Potter and the sorcerer's stone (about wizards) or Stephanie Meyer's Twilight (about vampires.) It took participants about 25 minutes to read the extract. They were then measured on an implicit association test based on response times, and on an explicit self-report test of assimilation to the ideal type of wizard or vampire. In one set of trials for the implicit association test, respondents were asked to categorize "me" words ("myself, mine") and "wizard" words ("wand, broomstick, spells, potions") using the same response key, and to categorize “not me” words ("they, theirs") and “vampire” words ("blood, undead, fangs, bitten") using another response key. In another block of trials, the pairings of "me" words and "not me" words with the "wizard" and "vampire" words was reversed. In the explicit self-description test people were asked such questions as “Do you think, if you tried really hard, you might be able to make an object move just using the power of your mind?” and “How sharp are your teeth?”

In both the implicit association task and the explicit self-description statements, people who read an excerpt from Harry Potter and the sorcerer's stone took on characteristics of a wizard, and those who read an excerpt from Twilight took on characteristics of a vampire. The effects were larger for those who scored high in collective self construal. The researchers then did a mediation analysis from which they concluded that assimilation to a narrative type (wizard or vampire) put people in a good mood and it also prompted higher scores on a life satisfaction scale. The authors say that such "collective assimilation is psychologically meaningful and relates to the basic human need for connection." A narrative can alleviate loneliness by attaching people to a fictional character or a social group. It can offer a psychological identity which is easily taken up, and which can be psychologically rewarding.

A very useful next step would be to compare the kind of group assimilation that Gabriel and Young have found with individual identification in fiction.

The online version of Gabriel and Young's paper is available to members of the Association for Psychological Science, but for people who have not assimilated themselves to this group, if you send me an owl, it is entirely possible that a pdf of the paper might magically appear in your inbox.

And I would love a copy of the pdf, if that's still possible.