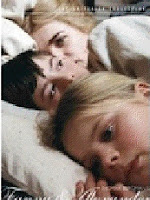 As Ingmar Bergman's film Fanny and Alexander opens, it’s 1907, and a theater company holds its Christmas party. The actor-manager, Oscar Ekdahl (Allan Edwall), makes a speech to the inhabitants of the little world inside the playhouse walls. “Outside,” he says, “is the big world, and sometimes the little world succeeds in reflecting the big one so that we can see it better.” This is the best statement I know of the purpose of fiction.

Within each of us, too, there is a little world—an inner world—and the purpose of that, too, is to reflect the big world. Sometimes a director comes along whose films, by a double reflection, help us understand how our inner world reflects the big world. Such a one was Ingmar Bergman, born in 1918, in Uppsala, Sweden, where Fanny and Alexander was filmed. I have never been able to understand why more films don't invite the reflectiveness of great plays, novels, and short stories. Bergman shows it can be done, and in this film, here he is doing it again.

The film is an adaptation of William Shakespeare's Hamlet. In the film, Oscar Ekdahl (who gave the Christmas speech) is the father of the film's 11-year-old protagonist, Alexander (Bertil Guve) and his younger sister Fanny (Pernilla Allwin). Oscar dies onstage as he plays the part of the ghost of Hamlet's father. From time to time, in the film, Oscar's ghost appears to Alexander, and looks on in sorrow and affection.

The second act of the film starts with the intrusion of the outer world into Fanny and Alexander's affectionate family in the form of the handsome Bishop Edvard Vergérus (Jan Malmsjö), who seeks to comfort the grieving Emilie (Ewa Fröling), Oscar's widow and mother of Fanny and Alexander. Emilie mistakes the attentions of the bishop for solicitude and, in undue haste, she agrees to marry him, and move with her children to his prison-like bishop's palace

Psychologically the film is about the developmental idea that at some point in childhood one has to leave the containment of the family and confront the big world of potentially damaging conflict. For Alexander and Fanny, this world impinges in the form of the bishop. In the big world beyond the family—usually the world of school and then work—affection tends to becomes scarcer and power assertion to become more salient. In the film, this outside element is represented by the stepfather–bishop's sadistic bullying as he strives to control Alexander—for his own good, of course.

In the end, the bishop dies, and the affectionate family starts to rebuild. But the bishop's ghost appears to Alexander and trips him up as he walks along a corridor. Alexander's terrible discovery is that the bishop has become part of him. With the appearance of the bishop's ghost, we know that something has entered Alexander. Bergman's accomplishment is that we know it has entered us, too, and is there as a reality because, as does Alexander, we recognize in ourselves the emotions of destructive revenge against an oppressor such as the bishop. We can even be moralistic about them. As William Faulkner (1951, p. 92) put it: “The past is never dead. It's not even past.”

A longer review is in our archive of Film Reviews, click here.