The Alchemy of Love 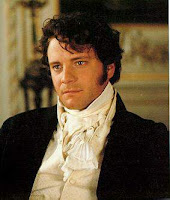 A few weeks ago I wrote a post (click here) on Janice Radway's Reading the romance, and Laura Vivanco kindly made an informative comment on it, in which she recommended recent reading on romances. It included a 2010 article she has written with Kyra Kramer (that you can access by clicking here). In this post, I'd like to report on this article, which makes some very interesting proposals.

A romance is typically a story of man and a woman who fall in love, enter a sexual relationship, and get married, not necessarily in that order. Vivanco and Kramer start their survey with Samuel Richardson's Pamela and Jane Austen's Pride and prejudice, and they take us, via Harlequin romances, up to modern examples of the genre. It might seem that just two people are involved in a romance but Vivanco and Kramer point out that to understand the genre properly we need to see each participant as having three bodies: physical, social, and political. The physical body is always important. Vivanco and Kramer give modern examples of the male protagonist described as having a "broad back that went on forever" and of the female protagonist as having "unblemished skin [that] glowed with health" to stand for the sexual organs, which they call, respectively, the Mighty Wang and the Glittery HooHa. Romance writers expend a good deal of energy and euphemism to imply these not-so-private parts and to suggest how they will perform. Then there are the participants' social bodies. The male protagonist must generally be rich and of high social status. The female protagonist must be of independent mind and be well turned out. Vivanco and Kramer call these social bodies the Phallus and the Prism. The participants also have political bodies, generally manifested in marriage and the woman's legal accession to wealth. A story's subtlety can depend on the ingenuity with which the different bodies affect each other, both within and between the persons involved.

The part of Vivanco and Kramer's account that I found most provocative (if I may use that term) is the idea of incompleteness. Although the man in a romance may have a fully functioning Mighty Wang, his Phallus can be incomplete. Thus in Pride and prejudice Mr Darcy's Mighty Wang is right there—the decorous Jane Austen writes of his "utmost force of passion" (p. 228)—but although he is rich and high-born, his pride prevents him from being a fully formed man. The story is about how Elizabeth transforms his social self. Vivanco and Kramer put it like this: "Elizabeth Bennet’s blunt honesty about Darcy’s arrogance inspires him to become more self‐aware and kind." They also point out that this motif is exactly that of alchemy. Instead of the alchemist who, by means of the philosopher's stone, transforms base metal into gold, the romantic heroine, by means of her Glittery HooHa, transforms the incomplete Phallus into gold.

The theme of alchemical transformation has strong appeal, and not just because of its narrative thrust. If we take its frequency of appearance in romances as evidence, we may conclude that this theme is primary, and resonates with an erotic desire that seems to be of a rather psychoanalytic kind. The womanly phantasy seems, thus, not only to be about achieving physiological effects on the man's body, not just about achieving union because of what the man has got, but about achieving transformation of someone who, as well as being incomplete, is an insensitive bully. And, although Vivanco and Kramer don't discuss the question, is there not another phantasy equally at work? Could it be that the man desires to transform a damsel in distress by rescuing her and bringing her to a fulfillment that will be expressed in bounteous gratitude?

Psychotherapists tell us that transformation of the person is very difficult. Romances tell us it's just the thing.

Laura Vivanco & Kyra Kramer (2010). There are six bodies in this relationship: An anthropological approach to the romance genre. Journal of Popular Romance Studies, 1 (Online 4 August, http://jprstudies.org/)

Image: Colin Firth as Mr Darcy in the BBC Television version of Pride and prejudice.

Could it be that the man desires to transform a damsel in distress by rescuing her and bringing her to a fulfillment that will be expressed in bounteous gratitude?

I'm not sure that in that case he's "transforming" her personality: it's more a case of gratitude in return for rescue, and in chivalric romances and fairy tales, it often seems as though the damsel comes as part of a two-for-the-price-of-one offer: defeat one dragon and we'll throw in a princess along with the kingdom!

I think there may be two versions of the male-centered story of a hero transforming a heroine: The Taming of the Shrew and Pygmalion and Galatea.

" ... and not just because of its narrative thrust"

Thank you very much Laura, for your comment. I did very much enjoy your paper. I found myself wondering about the male desire to transform. Two male versions you mention, The taming of the shrew and Pymgmalion are both full of contempt for the woman, whereas the damsel in distress theme is not. The Galatea theme of bringing a beautiful statue to life may come closer to the male idea of transformation that I have in mind. It seems to me that in certain kinds of relationship in which there is a lot of projection there is also huge potentiality for disappointment, and this in turn seems to point to a certain underlying kind of phantasy. A characteristic of romances, as I understand them, is that marriage is the end point. But what happens when it's a beginning? What about the idea, in women and men, that in the course of marriage one does or does not succeed in transforming one's true love into one's soul mate? You are knowledgeable in this area. Does this theme come up?

Thank you Zo, very much, for your comment. What you point out was an appalling lapse of taste. I apologize. Profusely.

What about the idea, in women and men, that in the course of marriage one does or does not succeed in transforming one's true love into one's soul mate? You are knowledgeable in this area. Does this theme come up?

Romances can involve "marriages in trouble," but by the end of the novel one would expect the marriage to be more than satisfactory.

It seems to me that in certain kinds of relationship in which there is a lot of projection there is also huge potentiality for disappointment, and this in turn seems to point to a certain underlying kind of phantasy.

Have you read Robert Sternberg's Love is a Story: A New Theory of Relationships? A lot of the plots/phantasies he identifies as shaping people's thinking about relationships can be found in romances, but whereas in romance novels everything turns out for the best, in real life, as he observes, some "stories" about relationships are rather more likely to lead to failure than are others. Actually, now that I think about it, one of the stories he mentions is the damsel in distress/knight in shining armour story (which he classifies as "The Fantasy Story").

Recognizing that it's a bit difficult to skirt questionable taste here (opening caveat), I'm curious about the psychological basis for the gender roles so instantiated in these version of the story. Obviously a lot has been written about this, but I like this framework, and think it might provide an interesting entry point for exploring this: what about the glittering wang? Or the mighty hoo-ha? Surely there must be well represented tropes of the heroic strong woman and the implausibly bewitching man? Or are queered gender roles considered marginal (or other genred?) in this realm?

Thank you very much, Anonymous, for your comment. What an interesting idea! On thinking about it, it seems to me that Elvis Presley was rather a Glittery Wang. And are not those tough young women who appear in thrillers, clad in close-fitting, all-in-one leather suits, Mighty Hoo-has? I know there are some gay romances, but I am afraid I am not knowledgeable enough to say whether the gender themes you identify appear in romances, or are regarded as marginal. Laura is extremely knowledgeable; I think she would be able to answer your question.

"Obviously a lot has been written about this, but I like this framework, and think it might provide an interesting entry point for exploring this: what about the glittering wang? Or the mighty hoo-ha? Surely there must be well represented tropes of the heroic strong woman and the implausibly bewitching man?"

Romance heroines with their GHHs and Prisms can be very strong. However, Kyra Kramer and I suggested that a Prism's strength is expressed in ways traditionally associated with femininity.

The Mighty Wang is not infrequently "implausibly bewitching": one of the examples we chose is Barbara Samuel's the Love Talker, a male character who is quite literally bewitching since he is "a conscienceless faery who ravishes the senses of unsuspecting women and leaves them to pine away to their deaths."

"are queered gender roles considered marginal (or other genred?) in this realm"

Kyra Kramer and I have given a few examples of alternative relationship models in our paper. The most common alternative type of hero is the "beta" hero: "The 'beta' hero presents a challenge to the gender roles underlying all of the previous models because his Phallus is never Completed: he is never transformed into an authoritative, patriarchal figure." He's not considered at all marginal, and nor is he considered queer.

It's not common to find heroines who have Mighty Wangs: the sexual double standard still seems to exert a strong influence on the genre, so that even if a heroine has had many sexual partners, her hero will tend to have had more. There are, of course, exceptions. We did provide one example of a heroine who has both a MW and a Phallus. She was in a lesbian romance.

And are not those tough young women who appear in thrillers, clad in close-fitting, all-in-one leather suits, Mighty Hoo-has?

I'm rather focussed on the romance genre, and I don't know much about other popular genres, but I suspect that sexy female figures in other genres may more often be versions of the belle dame sans merci. A femme fatale can have a very glittery GHH, but she doesn't have a Prism. That does challenge gender roles, so it's perhaps not surprising that she often ends up dead, or punished in some other way. There have often been dangerous, sexy "other women" in romances, too, but they lose out to the heroine, who has both a GHH and a Prism.

Thank you very much Laura. This is very clarifying.