The Road Back to Social Engagement, by Howard Sklar 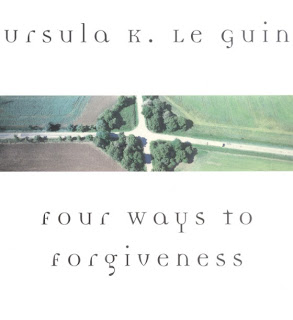 Last Thursday, we described the competition among people registered at the recent conference in Utrecht of the International Society for Research on Literature (IGEL 2010) for an essay on the idea of stillness. The competition was organized by Frank Hakemulder and Emy Koopman. "Stillness," said the invitation, "signifies the counterweight against our hectic, stressful everyday existence. To give a preliminary definition we would say that it is an emotion of calmness and/or reflection which can be evoked by beauty. But of course, you are free to give your own, diverting, thoughts on the matter. For the contest we would like you to respond to the following question: What particular piece of fiction (novel, short story, movie, play) contributes best to ‘stillness’ according to you and why?"
The essays were all rather different, and the organizers awarded three equal first place positions. Each winner read his or her essay to a plenary session at the conference, and an arrangement was made to publish their winning essays on OnFiction. The essay we present this week is by Howard Sklar of the University of Helsinki. It appears below. The other winning essay will appear here in a week's' time.

The Road Back to Social Engagement:
The Effects of Stillness and Solitude in Ursula K. Le Guin’s “Betrayals”
Ordinarily, when we think of “stillness” we conjure images of a solitary person, legs crossed, overlooking a placid valley. Or quietly meditating on a mat in a silent room. Or “lost in a book,” securely cloistered from the mad rush of the world around him. Undoubtedly, these activities often promote a sense of quietness, of stillness, a feeling of slowing the world down.
But I’d like to look at what we’re slowing down to: What, in fact, is the point of this stillness-seeking? After all that stillness has been sought and gained, where does it lead us? I’d like to suggest that one of the aims of isolating ourselves from others is to discover, ironically, that we are intimately and inherently interdependent with everyone else on the planet. In stillness comes the recognition that all things are one. In solitude comes communion.
This is the underlying “message” of a work of fiction that has been very meaningful to me: Ursula K. Le Guin’s novella “Betrayals.” In this narrative, we discover that there’s a social consequence to the act of seeking solitude: By isolating ourselves, we are not immediately attending to others. At the same time, there is a personal consequence to that stillness-seeking: By isolating ourselves, others cannot attend to us. This is not to suggest that we do not need “alone time,” but, ultimately, our moments of stillness must lead us back to engagement with the world. Indeed, it is in such moments, perhaps, that we are most able to recognize how interdependent we all are.
“Betrayals” centers on the experience of Yoss, a woman who has come to live in a vacant house in the marshlands after her daughter and granddaughter have decided to move to another planet. From the first paragraphs we discover that she has chosen to live in a form of spiritual isolation on the marshlands, but we gradually realize that she considers herself inadequate to pursue the inner peace that she craves. She tells herself:

At the heart of Yoss’ sense of loss is the realization—at least, as Yoss sees it—that her daughter has rejected her: “They left me and I am dead” (11). As a result, she has come to live in the marshlands, a setting that seems to reflect her inner state, her intense loneliness. The lands contain “useless people on useless land. The freedom of desolation. And all through the marshes there were lonely houses” (9). This “desolation” reflects a greater sense of “uselessness,” of self-contempt, to the extent that those who go there to live essentially intend to die. As Yoss thinks, “I came here to be dead” (11).
Also living on the marshlands is one Abberkam, the former leader of the World Party. Yoss describes the crimes of which he had been accused and the feeling of betrayal that these acts engendered in his people. Yoss also expresses her own contempt for him. Perhaps due to the shame of this betrayal, Abberkam also appears to have come to the marshlands to die.
Thus, both seekers find in the marshlands a stillness that is bereft of meaning, devoid of love. Yet it is also this stillness that allows them, gradually, to notice each other and thereby attend to each other’s needs. Despite her initial contempt for Abberkam, Yoss realizes that he is suffering from an illness that, if left untreated, will kill him. Her patient tending of his illness penetrates Abberkam’s embittered heart, and draws him out of his own malaise to consider Yoss’s needs and concerns. This becomes evident during a particularly cold period, when Yoss needs to go to the town to buy some supplies, and leaves a fire burning in the hearth to keep her house warm. The fire spreads, and Abberkam, noticing the blaze and thinking that Yoss is inside, hurriedly enters the house. Inside, he finds only Yoss’ cat, which has been trapped there. Abberkam rescues the cat and, upon Yoss’s return, tells her how terribly worried he had been.
These gestures of active sympathy, these attempts to extend the self to the concerns of the other, turn Yoss and Abberkam from seekers of stillness as isolation to practitioners of the healing that can come from the quiet and still awareness that our lives are inevitably and beautifully intertwined with the world and creatures and people that surround us.
Note
Portions of this essay have been adapted from Sklar (2008). Permission to reprint is hereby granted by Paradoxa. For more information write to
Howard Sklar