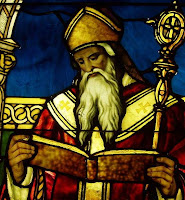 In an interesting essay in this week's New Yorker, Daniel Mendelsohn writes about the difference between memoir and fiction in terms of truth and untruth. Members of the OnFiction group have (if I may speak for all of us) been a bit dissatisfied with the idea that non-fiction is true and fiction is untrue. We prefer to see fiction in terms of its subject matter: exploration of how selves make their sometimes problematic ways through the social world.

Mendelsohn starts his article with Freud's refusal in 1929 of an advance of $5000 for an autobiography, and he cites Freud's reaction to the invitation. "What makes all autobiographies worthless," Freud wrote, "is, after all, their mendacity." Mendelsohn discusses Augustine's Confessions as the first of the literary autobiographies in the West, and then confesses that he had signed up for a non-fiction book on contemporary gay culture in America, but had found that the more deeply he got into it, the harder it became "to isolate what 'gay identity' might be." Because he did not want to suggest that he somehow stood outside the tensions and instabilities of his subject matter, he thought he would write about himself: a memoir. It was published as The elusive embrace.

In his New Yorker article, Mendelsohn ranges across many issues, including journalists who just make stuff up, and of stories of holocaust survivors presented as autobiographies but written by people who weren't even there. His thoughts in the article conclude with him and his brother, Matt, sitting on a plane when some people behind them, members of a choir, started to sing a song. Matt said: "Remember we sang that in choir?" What Daniel remembered was that he had been in the choir but that Matt had not been in it. Daniel was in the process of writing a book based on people's memories from more than twice as long ago as those of his and his brother's boyhoods.

A psychological study that Mendelsohn mentions is that of Frederic Bartlett (1932). The study is well known in psychology but not nearly well enough known generally. In it Bartlett completely contradicted the idea that we can generally be accurate in what we recall. We can remember certain details, and we store these in memory along with an attitude and a sense of the whole. If we need to recall, we can sometimes retrieve some of the details plus our attitude, along with our knowledge of how the world works, and we construct an account of what must have happened. Bartlett explained that in remembering we are hardly ever entirely accurate, and usually it's not at all important that we be so.

Uncertainty about what really happened is an issue that rightly exercises historians and journalists. But the deeper issue, raised by Bartlett though not mentioned by Mendelsohn, is that when remembering or, indeed, when trying to make sense of anything for the first time, we are constantly engaged in an "effort after meaning" (Bartlett, p. 20). In his refusal to write an autobiography, Freud wasn't worrying about truth and untruth, but about truth and lying. He was suspicious of being cast into a situation in which he would find himself making willful distortions. The pressure to present oneself more-or-less favorably to a readership that could be unsympathetic may be too much. Of course it may. In his Confessions, Augustine made a cunning manoeuvre by taking up a purpose other than mere self-presentation. He depicted his life as necessarily sinful because we are all necessarily human. For the rest of us, it might be possible to confess to a loved one, to a psychotherapist, even to a priest, who will understand us as if from the inside. But confessing to the public about matters that were troubling even to ourselves?

Fiction, then, in which one searches for truths other than those of mere actuality, as if from the inside, may be the real expression of the human effort after meaning.

The novelist Milan Kundera (Testaments Betrayed, 1995)provides a view of memory much darker than Bartlett's:

"Try to reconstruct a dialogue from your own life, the dialogue of a quarrel or a dialogue of love. The most precious, the most important situations are utterly gone. Their abstract sense remains (I took this point of view, he took that one. I was aggressive, he was defensive), perhaps a detail or two. but the acousticovisual concreteness of the situation in all its continuity is lost.
And not only is it lost but we do not even wonder at this loss. We are resigned to losing the concreteness of the present. We immediately transform the present moment into its abstraction. We need only recount an episode we experienced a few hours ago: the dialogue contracts to a brief summary, the setting to a few general features. This applies to even the strongest memories which affect the mind deeply like a trauma: we are so dazzled by their potency that we don’t realize how schematic and meager their content is...

We can assiduously keep a diary and note every event. Rereading the entries one day we will see that they cannot evoke a single concrete image. And still worse: that the imagination is unable to help our memory along and reconstruct what has been forgotten. The present—the concreteness of the present—as a phenomenon to consider, as a structure, is for us an unknown planet: so we can neither hold on to it in our memory nor reconstruct it through imagination…(Kundera 1995)

Kundera goes on to say that only the greatest of poets and novelists are able to notice, remember, and use concrete representations of human thoughts and acts. (See also his The Art of the Novel 1988 for a somewhat broader treatment of this theme).

If social science theory is to be more than a collection of superficial or untestable ideas, it must somehow be grounded in such images. A grounded theory could, in turn, could help literary critics become aware of universal patterns and themes in literature. (For a brilliant application of this idea to Freud's dialogues, see Billig, Freudian Repression 1999).

Have there been any studies that check the validity of memories of an event against verbatim records of them?

Thank you very much, Tom, for this interesting comment. I have much enjoyed Kundera's essay-books including Testaments betrayed, from which you quote. And the social-science question you ask is extremely challenging.

I don't know any research that systematically compares, for instance, people's memory of an interaction in which they took part with an audio or video recording of it. I guess people who make home videos could do this kind of experiment on themselves.

Kundera says that when we remember, "Acousticovisual concreteness of the situation in all its continuity is lost … but we do not even wonder at this loss." I am afraid I don't react with alarm in the way he implies I should. An idea that is, to me, far more alarming would be to find myself—as I am musing—injected into memories that had all the concreteness of the present. If we were beings of that kind, much more than memory would need to be changed.

So, it seems to me that the idea that artists can enable us to notice, and be able to construct aspects of schemata (Bartlett's word) and hence be able to see and remember pieces of experience seems wonderful, not part of a darker vision. It's something that artists do. It is part of their gift to us.

Thanks for this post. This has generated much thought for a blog post I am writing. I, too, wonder about how the imagination changes when memory is mediated via digital means (video, photo blogs, voice notes, etc.), and I wonder--this is just a random thought--what the implications are for memory and the imagination when the social-network aspect of current Web 2.0 technologies (for instance, the comments section on YouTube) comes into play.

Thank you, Viola, for your comment. I don't know of research on how web technologies affect memory. I imagine that what happens is that as one moves from one site to another, a wider set of cues, or prompts, than usual can come into play. It's a very interesting question.