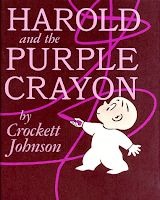 We discuss empathy quite a bit on this site, particularly the hypothesis that reading can improve our capacity to feel and understand the emotions of others. Much of the research that has been done on this issue to date, including our own, has been correlational in nature. This means that we don’t know whether reading causes increased empathy, or whether people who are more empathic are more likely to seek out fiction. One way to get around this issue is to use experimental designs in which people are randomly assigned to read either fiction or nonfiction, but these studies can be difficult to perform especially in the context of extended periods of reading (e.g., an entire book or a series of books). Another way to work around this problem is to look at populations that aren’t likely to be in control of how many books they read, such as young children who are not yet old enough to read on their own. While some children might make more requests for joint-reading, there are no guarantees that these requests will be met. As well, the aspects of joint-reading that might be particularly helpful for fostering the development of empathy and perspective-taking (e.g., discussion of mental-states and emotions) are completely out of their control. Thus, it is interesting to ask whether storybook exposure in children predicts their socioemotional development.

Adrian and colleagues (1995), working in Spain, found that parent–child book-reading was positively correlated with a more developed understanding that people have mental-states. This study, however, did not control for the child’s age, gender, or parental variables such as income. A more recent study from Israel found that expertise in choosing children’s fiction on the part of mothers predicted teacher ratings of empathy and socioemotional adjustment of their children, even after maternal education was statistically controlled (Aram & Aviram, 2009). More recent still, a study currently in press at Cognitive Development, by myself, Dr. Jennifer Tackett (Toronto), and Dr. Chris Moore (Dalhousie), found that exposure to storybooks predicted the ability to understand the interior states of others in 4 to 6 year-olds, even after controlling for that child’s age, gender, vocabulary ability, and parental income. Moreover, we extended this finding to other forms of narrative media, finding that exposure to children’s movies also predicting more advanced development, but exposure to children’s television did not. In light of these convergent findings from separate research groups in three different countries, it seems increasingly likely that exposure to children’s storybooks (and perhaps movies), helps them to develop an understanding of other people and their internal states. Future studies need to be performed to help isolate the mechanism by which this takes place, as well as examine potential longer-term consequences of these early differences.