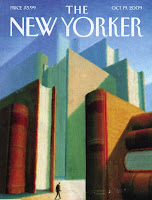 I have just received the volume New beginnings in literary studies, edited by Jan Auracher and Willie van Peer, which is a selection of papers presented at the 10th conference of the International Society for the Empirical Study of Literature (IGEL) which was held in 2006 on Lady's Isle, on Lake Chiem, near Munich.

The book is a fascinating collection. Its three sections cover research on the new possibilities created by the computer of studying corpora of literary works, studies of effects of culture and background in people's engagement with literature, and analyses of personal engagement in reading. It includes papers by some of the most famous scholars who conduct empirical studies of literary texts, as well as by people who are just beginning their research lives. I shall concentrate in this post on a paper by Willie van Peer, and on the papers of two people who describe their PhD work.

Willie van Peer—one of the first to study psychological effects of literature—presents in his article a very confrontational proposal. One would expect, he says, that university students of the humanities, for instance in departments of literature, immersed as they are in works about humanity and the emotions would be more emotionally attuned than science students. But he reports a study by his PhD student Eirini Tsiknaki which showed the opposite. She measured students' emotional intelligence. There was high variance but, on average, the humanities students had lower emotional intelligence than the science students. Why should this be? Van Peer's proposal is to indict teaching in the humanities which he argues is of a kind that turns them into pursuits that are not of human understanding, but that are of technical analyses of details. Where do we find humanity, then? One place is in the empirical study of the arts, where people's emotional engagement with literature has become a matter of primary interest.

As part of her PhD thesis, Özen Odag (of Jacobs University, Bremen), studied men and women's readings of four literary extracts: fiction and non-fiction, focused on the inner world and on the outer world. Contrary to her expectation, Odag did not find that women were more engaged in fiction and men in non-fiction. Also, contrary to her expectation, men and women were equally involved with the extracts that dealt with the inner world. One prediction was fulfilled, however: men were more engaged than women in the extracts that dealt with the outer world.

Cecilia Therman (of the University of Helsinki) studied, in her PhD thesis, people's reading of a short story in which the narrator recounts a summer at a holiday cottage in which a favorite aunt had a mental breakdown. Therman argued that autobiographical remindings during reading indicated that the story touched people personally. Contrary to her expectation that remindings would tend to occur at particular kinds of situation in a text, she found, instead, that they were prompted by cue words, and were not closely related to comprehension of the text at the points at which they occurred.

Unlike some kinds of literary studies in which authors choose examples to confirm what they are staying, these studies, by people making new beginnings, produced more valuable answers, of a kind that disconfirmed their expectations.

The illustration, the cover of The New Yorker of today's date, is by Eric Drooker and is entitled: "In the world of books."
Posted by Keith Oatley at 07:41
Labels: Effects of fiction, Research Bulletins

Keith, this reasoning seems rather off-base:

Van Peer's proposal is to indict teaching in the humanities which he argues is of a kind that turns them into pursuits that are not of human understanding, but that are of technical analyses of details. Where do we find humanity, then? One place is in the empirical study of the arts, where people's emotional engagement with literature has become a matter of primary interest.

I should that the empirical study of literature is as replete with technical detail as anything done by contemporary literary scholars – experimental design, questionnaire construction, calibrating instruments, statistical analysis, whatever. That the empirical investigator is examining the emotional engagement of his or her subjects says nothing whatever about the investigator's own emotional engagement. After, the empirical investigator strives for objectivity, no? That means that the emotional engagement of research subjects has been objectified – by survey instruments, verbal reports, instrumental readings of this or that sort, brain imagery, whatever – and the text itself is but a "stimulus" for the subjects. This is perfectly fine, but I don't see how it is more likely to engage and augment the investigator's own emotional intelligence than is more standard hermeneutic investigation.

Did Van Peer present any data about the emotional intelligence of empirical literary investigators vs. that of hermeneutic investigators? If not, then I'd hazzard the guess that his proposal is just standard-issue animosity against contemporary literary Theory (for which I harbor no particular preference) that's been dressed up as an argument for his own research preferences. Why not argue his own case straight-up?

Thank you, Bill, for this comment. I did, of course, write my take on what Willie van Peer wrote; in his article he offers instances of the neglect of human issues in the humanities. Perhaps he will see your comment here, and write a reply to clarify his position.

For myself, what is striking about the results of van Peer's PhD student, Eirini Tsiknaki, is that they contrast starkly with the results of Raymond Mar et al., in our group (one article of which can be read in our Archive of Academic Papers), where we found that people who read a lot of fiction had better empathy and theory of mind than people who read predominantly non-fiction. Since that we have done a replication and found the same thing with a larger sample. According to van Peer's article, in New beginnings, which I was citing, Tsiknaki found that humanities students read more literary books outside course requirements than science students, and enjoyed literature more.

I am at a loss to explain the discrepancy with our results. Willie van Peer's kind of explanation is one possibility, perhaps. An extra pointer in this same direction is that a PhD student who worked with me (Angela Biason) found in 59 high-school students a zero correlation between measures of personal involvement in the reading of two literary stories and the students' expected English marks, and largish negative correlations of involvement with a measure of accuracy of detail and with a measure of accuracy of theme in summaries of the stories they wrote, as marked by their English teachers (using a careful protocol agreed with us).

Another kind of explanation, I suppose, is that Mar et al.'s results don't have quite the self-selection problems that exist in a comparison between humanities and science students. There are differences, too, in the outcome measures ... but I still find the matter puzzling.

Ah, "self-selection problems" and "outcome measures" – plausible things to look at. And, of course, they involve pesky matters of technical detail.

I find these discrepancies interesting--I used Mar's finding extensively in my MA thesis. Would you mind clarifying what you mean by self-selection problems and outcome measures? Thanks, Allan McDougall

Thanks very much, Allan, for your comment. In answer to your question, what I mean by self-selection problems is that in Eirini Tsiknaki's thesis, as reported by Willie van Peer, students had selected themselves into either the humanities or the sciences. In Mar et al.'s studies, there was also self-selection, into people who read mainly fiction or mainly non-fiction, but our measure was closer to the issue we were studying (whether reading fiction as such was associated with a measurable psychological effect), and in a follow-up study (in press) we have been able to show that the effect is not due to people's personalities, for instance of people who have a particular kind of personality preferring to read fiction.

As to outcome measures, Eirini Tsiknaki used a measure of emotional intelligence. I don't know which one (there are several of them). What Willie van Peer says in his report of the study is that the measure was "an extensive questionnaire that had been developed and calibrated by professional psychologists to measure a person's emotional intelligence." The issue of how one might measure emotional intelligence is controversial, and there is little agreement about validation of the several tests that are in existence. By contrast our main outcome measure was a more firmly validated, behaviorally based, measure of theory of mind and empathy, developed by Simon Baron-Cohen and his group.