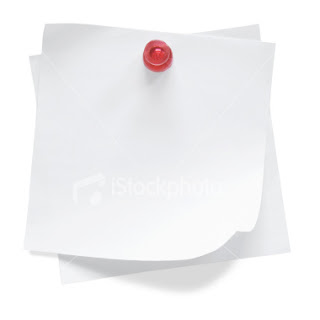 We are sorry to inform you (as per our telephone conversation of 24.07.) that Mr. Terrence, your husband, has disappeared during his business trip. We suspect that he became a victim of a violent attack while sitting at the desk of his hotel room last Thursday night. The trail of overturned furniture in the room is suggestive of the possibility that he was struck down while sitting at the desk, completing the charts for the upcoming presentation. It is still unclear, however, what exactly transpired during that unfortunate incident. Lack of the body (or any other material evidence) makes our investigation unduly difficult. The enclosed photocopy is a note, apparently written by his hand, and found in the bathroom, next to the toilet. Based on its content we suspect it has been written following what must have been a serious head injury. Another possibility is that the potential attacker forced your husband to write the letter in his hand, to throw us off the track. Please read the letter, and let us know if it provides you with any clues as to your husband’s fate. Any clue would be appreciated. We will keep you informed of any progress we make concerning your husband’s case.


“Please abstain from prayers, I’m sick of your mumbling. I passed on, not hopelessly fumbling to become someone else, but becoming all else. Not living one but a thousand, a million, a billion, infinity of lives, a capella. Not defying time but permeating it insidiously. Sweet vengeance for the thousands of deaths, bows and nods to bosses, parents, lovers, advisors, prophets, inspirational figures, nods and bobs, bobs and bows. And the queasy one – the one I thought they thought I was, I thought they thought I should be, I thought they thought I thought they thought I thought - I thought. And so now, looky here, nothing left. No more thinking. No more nothing. You could never guess I’ll erase the margins of my personality and be thousands, millions, infinity of selves, not better selves, not improved selves (HA!), only more of me, multiplicity of me (HA HA!). Wait, let me salute immortality - not living forever down a straight line, but by stacking all the lines of me into an endless wall. It needs not really be endless, as long as I don’t see its end. “Well, really… “, they will say, “ you are making it up, shouldn’t confuse fiction for reality, my dear, that’s the main ingredient of madness.” Wait, they would never say “my dear”, they are just not like that. Madness - I wonder if they would be able to tell the difference – especially if I spice up the main ingredient. If there is a difference, such difference usually prefers silent treatment. What if I prefer what they call madness to banality, what if I will live with insanity but not inanity? “Words are cheap”, they will say, and I will say “Words might be cheap, but they are never free.” Perhaps I should tell the difference. Mr. Terrence had never heard music that was waiting in his left ear. Mr. Terrence hears three notes played by gods on a beautiful reed flute, three infinitely varying notes. But only in the dead of the night, or silent frozen morning. And played by gods, because gods can play a beautiful reed flute without ever drawing a breath. Breathless and faint. First get rid of the corpse of the past, the reality of me, me eaten up by the supposed reality. First outline an anatomy of human sanity (why the left ear, exactly?), then show how easily it is violated, joyfully disposed of. Joy needs no expression, but I will describe this murder, this release from glancing on the watch to becoming its hands. For didn’t they say that words are cheap?”
Posted by Maja Djikic at 19:46
Labels: +Original Writing, Original Writing

I really enjoyed reading this piece; it gives us so much to consider since nothing is readily apparent to the reader, an outsider to this situation. I'm far too tired to leave as substantial a comment as I'd like -- otherwise you'd receive an entire novel of my rambling thoughts -- but I'll make a few notes 'cause it's always nice to receive feedback.

There is no evidence at all to suggest that Mr. Terrence was the victim of an attack, but that's the only option the Detective provides. I find that very interesting; it's almost as though no other possibilities were truly taken into consideration. After having read the "enclosed letter", the Detective's letter seems that much more closed minded and ... basically, I get the impression that Sutherland rarely thinks "outside the box", so to speak.

Mr. Terrence's letter is beautifully written; it's very poetic in its own way. The only conclusion I can draw right now is that he seemed to have known he'd disappear (and I say "disappear" because he isn't necessarily dead).

I still have no idea what actually happened, though. I wonder if there's even a set answer to that. It's definitely given me something to ponder for the next little while. Thanks for sharing!

Thank you, Christa. Oftentimes, mystifying the reader can misfire, so I'm very glad that the story stimulated, rather than discouraged, your imagination.