Travelogue: Not Far from the Pond 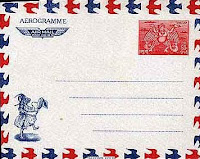 Keith and his partner Jennifer have gone for a while on sabbatical to London, England, where they have rented a flat 300 yards from South End Green (the less posh end of Hampstead), and about 400 yards from the edge of Hampstead Heath, not far from the Mixed Bathing Pond. Jennifer takes walks on the Heath, but says that the amount of mixed bathing she will do is likely to be quite limited. For Keith the ambiance is enhanced by being about 500 yards from where George Orwell used to live. The flat is one floor of a converted terraced house, built perhaps around 1890 for a family that could afford a servant but not a carriage. One can imagine the word "villa" being used by the Victorian builders in their advertisements.

As one enters the flat's kitchen, one sees to one's left a counter-top which runs along its side and then, a good ten feet away, makes a right-angle turn to accommodate a sink under the window. To one's right is a formica table. It is easily possible for two people to pass in the kitchen. One person can walk through the two-foot gap between the counter-top and the table to reach the sink, and the other can dodge in front of the geyser, which sticks out from the wall to the right of the window.

The geyser is a device that may not exist outside Britain. The one in this kitchen has three knobs of incomprehensible function. "Don't touch those," said Matt, from whom the flat is being rented. As is generally the case with geysers, several pipes of different diameters can be seen coming in and going out. The purpose of the device is to heat water. In North America, even in smaller apartments, such heating is done by furnaces or boilers that the building is designed for. They sit quietly in the basement or in their own closets. Here, hot water is an afterthought. Like the small refrigerator beneath the counter-top, which gurgles continuously, the geyser is not quiet. As it heats water for washing or for the radiators, roarings, whirrings, and rattlings occur. Even when not engaged in heating, it makes an ominous ticking sound that reminds one not so much of the end of the world, as of a time bomb. At those moments when not enough is going on in one's life, a visit to the kitchen makes good the deficit. If one were to film some people living in a small flat in London, one could do no better than to start by pointing the microphone at the geyser and zooming in on it with the camera for a lingering close-up.

The counter-top is made not of some serviceable material, as it would be in Canada, but of bathroom tiles, each slightly larger than a Post-it note, with an undulating surface of mottled whitish-grey. Between them is grout. There are no tiles actually missing, but underneath the geyser the tiles form a downward slope, and here the grout has been lost. If one were to place a marble on the counter-top just here it would roll towards the irregular slot near the wall where the pipes from the geyser plunge behind the counter-top. The marble would fall down the slot and be lost for ever. Like the geyser, the tiles and decaying grout have symbolic functions. They remind one of the state of the nation, which has declined monotonically since British history's most recent high-point, the founding of the National Health Service in 1948.

Yesterday at breakfast Keith finished the last of the marmalade left in the gurgling fridge by the previous occupant: Marks and Spencer's "Blood Orange Medium Cut." Not bad. He mentioned to Jennifer that he would have to get some more, but that he could not make up his mind whether to buy the same, or go for proper French marmalade: Bonne Maman.

"Why don't you just get the best?" said Jennifer.

"I don't think you should have anything to do with that kind of protectionism."

So, to encourage worldwide economic recovery, and despite the fact that Marks and Spencer's is good-enough marmalade—here in the country in which Donald Winnicott conceived the concept of the good-enough mother—Keith decided to go for the French.
Posted by Keith Oatley at 03:18
Labels: +Original Writing, Original Writing