The Allure of Knowing 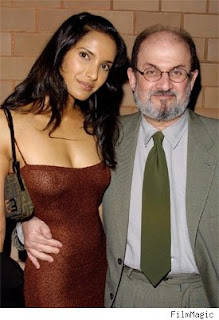 In the March 26th issue of The New York Review of Books, Lorrie Moore asks what it is that we really want from a literary biography. Her tongue-in-cheek answer: photographs, an index, a little gossip. Very much so. Sure, there is also the stuffy business of searching for ‘clues’ pursued by those who want to ‘really understand’ writers and their works. All of that is fine. But what I want to discuss is the particular side-effect of literary biography consumption to which novice writers are particularly susceptible: inspiration.

Though it is known that literary biographies can act as catalysts to writing, the underlying chemistry of the reaction is more mysterious. It could be a relief to a novice writer to know that some have already done what one is attempting to do, that it is possible. If the featured writer had managed to achieve a magnificent worldly success, we might do the same, particularly if he had died in poverty and desolation. Isn’t it just SO romantic to be an underappreciated genius? Some of us treasure reading about stumbling blocks other writers have overcome, some about details of their work habits. Inspiration may lurk in unacknowledged sources (the photograph above might have encouraged many a novice writer to reapply himself to his craft with a renewed vigour.) Or, after an unproductive day, it might just calm us to read Kafka’s diary: 'slept, awoke, slept, awoke, a miserable life.’ Whatever it is, it works. Those of us wet behind the ears in the art of writing will keep the pages of literary biographies turning.
Posted by Maja Djikic at 11:10
Labels: +Opinion, Writing fiction