Extreme Music and the Processing of Anger 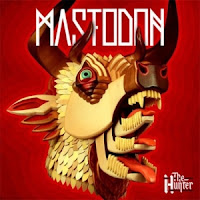 Extreme music, such as punk or heavy metal, is associated with anger and arousal due to its chaotic instrumentation, fast tempo, negative lyrical themes, and emotional vocals. Two opposing viewpoints in the literature suggest that extreme music either (1) elicits anger through arousal or (2) allows the listener to process existing anger through arousal. Sharman and Dingle (2015) set out to examine how listeners of extreme music process anger in an experimental design.

People who enjoy listening to extreme music (N = 39) were first induced to feel angry and then assigned to one of two possible conditions, either sitting in silence or listening to extreme music of their own choice for 10 minutes. Physiological arousal was measured in each condition and self-reports of emotional state were gathered before and after the anger induction. In the music condition, the researchers found that participants had a higher mean heart rate than participants who sat in silence, suggesting that extreme music sustained the arousal created by the anger induction. This view was also supported by participants’ own reports, with 79% of participants reporting that they listen to music to fully experience anger when angry. However, self-report ratings of relaxation did not differ by condition and 69% of participants also reported listening to music to calm down when angry. These findings are consistent with the idea that listeners of extreme music use it to match their emotions and emotion-regulation goals.

There were also some interesting results outside of those related to anger. Ratings of inspiration were higher in the music condition compared to the silence condition, for example. Participants also reported a variety of positive emotional effects for music and all chose to listen to extreme music of their own accord during the music condition. For the often misunderstood genre of extreme music, these findings would seem to support a less negative and stigmatizing view of extreme music fans. This study has provided interesting insight into the emotional processes of extreme music fans and more research should be conducted on the nature of emotional processing and musical preferences.

Posted by Raymond A. Mar at 16:55
Labels: Emotion, Research Bulletins