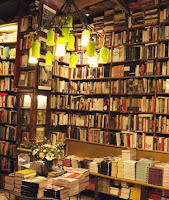 Jessica Black and Jennifer Barnes of the University of Oklahoma have reported an interesting experiment in which they replicated the study by David Kidd and Emanuele Castano (2013) to find that reading fiction improves empathy and theory-of-mind. As well as this replication, Black and Barnes also tested whether reading fiction, or non-fiction, was able to improve cognition more generally. To do this, as well as the outcome measure of empathy and theory-of-mind, Baron-Cohen et al’s (2001) Mind in the Eyes test, they also applied another outcome measure, of understanding intuitive physics.

Black and Barnes had 91 participants in their experiment. Each one read two literary stories and two non-fictional essays, in two sessions. In the first session they were randomly assigned to read either a fictional short story or a non-fiction essay. After reading, they were randomly assigned to complete either the Mind in the Eyes test or intuitive physics test. They then did some other tests. and then read another text: a second short story if they had previously read a short story or a second essay if they had previously read an essay, and were given an outcome test of the kind they had not taken after reading their first text. After a break, the participants had a second session of reading and outcome testing. Those who had previously read fiction read non-fiction essays, and vice versa.

The main results were that reading fiction, but not non-fiction, improved people’s empathy and theory-of-mind in terms of their scores on the Mind in the Eyes test, but neither fiction nor non-fiction helped improve people’s understanding of intuitive physics. In the series of studies begun by Mar et al. (2006), in which an association was found of reading fiction with empathy and theory-of-mind, the assumption was that because fiction is largely about selves in the social world, then the main outcome would be in the social domain. But perhaps the effect was not just for reasoning in the social domain; what about reasoning more generally? Black’s and Barnes’s results correspond with those of a study by Raymond Mar, reported in his PhD thesis (2007), that neither fiction nor non-fiction reading had any effect on analytical reasoning as measured by a test taken by intending law students.

Reading fiction has now been shown to have replicable effects on empathy and theory-of-mind. The question of whether it has non-social effects has now been tested for analytical reasoning and intuitive physics. But might there be other effects?

Baron-Cohen, S., Wheelwright, S., Hill, J., Raste, Y., & Plumb, I. (2001). The “Reading the Mind in the Eyes” Test Revised version: A study with normal adults, and adults with Asperger's syndrome or high-functioning autism. Journal of Child Psychology and Psychiatry, 42, 241-251.