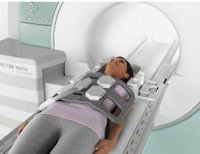 The ability to make mental models of other people is one of the most important for us as humans. Without such models we would be unable understand others, and be unable to cooperate with them. Nor would we know very well what to do when we were in conflict with them. Reading fiction, with its focus on people, their intentions, their actions, and the vicissitudes such actions encounter is, as we have often discussed in OnFiction, a good way of augmenting our ability to construct such models. In a recent paper, Demis Hassabis, Nathan Spreng, Andrei Rusu, Clifford Robbins, Raymond Mar, and Daniel Schachter (2014) have tracked down where, in the brain, such models are constructed.

In this study participants were first asked to imagine four people for whom they were given photographs and names. They were then asked to imagine (make mental models of) these people from 12 statements chosen to indicate whether each one was either high or low on the Big Five personality dimension of extraversion, and high or low on the Big Five dimension of agreeableness. An example statement for someone high on extraversion was: “Is outgoing, sociable;” for someone low on extraversion: “Is sometimes shy, inhibited.” A person high on agreeableness was described with statements like: “Likes to cooperate with others.” A person low in agreeableness was described with such statements as “Can be cold and aloof.” Then participants were asked to predict how each of the people they had imagined might behave when faced when faced with a certain vicissitude in a certain kind of place (for instance, a bar, a restaurant, a bank): for instance “In a bar—someone spills their drink—Dave.” Participants rated the vividness with which they were able to imagine the scene, and their confidence in portraying the individual accurately.

As the participants imagined the scenes, their brains were monitored using functional Magnetic Resonance Imaging (fMRI), and analyses were performed. It was found that specific activations of the medial pre-frontal cortex were associated with imagining the people as they encountered events in different situations. The researchers say: “Our results also identified specific brain regions where personality models are coded, as well as where individual trait information is represented in the brain” (p. 1985). In the last paragraph of their paper they say: “It has been suggested that mental simulations bestow an adaptive advantage on humans by allowing them to prepare for upcoming situations… Planning for social situations by imagining the likely behavior of others may be especially critical for the success of a highly social species, such as humans“ (p. 1985).

Image: Person in an MRI machine.