Research Bulletin: Fiction Writers’ Perspective-taking is No Better than Others 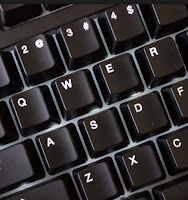 In a striking recent article Theanna Bischoff and Joan Peskin (2014) asked whether writers of fiction have better abilities of perspective taking—inferring the mental states of others (theory-of-mind)—than people who are not writers. In a survey, the researchers found that the general public did believe that fiction writers were better than average at perspective taking. When the issue was put to the test on writers and non-writers, however, no such superiority was found. Bischoff and Peskin studied 20 people who had a book of fiction published by an independent publishing house (established writers), 20 people who were enrolled in a fiction writing course, or who had published in a magazine, or who had self-published (intermediate writers), and 20 people who didn’t write fiction (the control group). Three outcome measures were used: the Mind in the Eyes test, in which people looked at 36 photographs of people’s eyes, as if seen through a letter box, and chose from four adjectives what the photographed person was thinking or feeling; the Interpersonal Perception Task in which people viewed 15 video clips of people in interaction, and for each clip answered a question about what was going on; and the Levels of Embedded Mental StatesTask, in which people read two vignettes and answered a series of true/false questions about the embedded mental states of the characters in the vignettes. The researchers also asked their participants to provide sample pieces of fiction, and had these rated for quality by independent expert assessors.

Bischoff and Peskin found no difference between established writers, intermediate writers, and the control group in their performance on any of the outcome measures. Nor was there any relationship between participants’ performance in the perspective taking tasks and the expertly rated quality of the writing they supplied.

This result came a surprise to the researchers. There is now good evidence that reading fiction promotes better perspective taking in readers. Bischoff and Peskin review these results. So the difference between the current experiment on writers and the previous data on readers of fiction prompts a question. Are writing and reading fiction different, and if so, in what ways?

Bischoff and Peskin suggest that their finding can be explained by perspective taking being very specific to context. I think this may be right. The way I see it is that, first, in reading fiction one can sample across a wide variety of societies, personality types, and circumstances so that reading extends the range of one’s experience of others, and second that in reading fiction, particularly artistic fiction, one has to make inferences about what characters might be thinking, feeling, and wanting. It seems likely that these factors contribute to the better perspective-taking abilities of people who read a lot of fiction. In contrast, as Djikic, Oatley and Peterson (2006) have shown, fiction writers tend to be preoccupied with negative emotions, and these no doubt are their own emotions. In their fiction, writers typically explore implications of such emotions. Hence although writers often depict particular kinds of circumstance, they are not extending their experience of a range of circumstances in the way that people can do when reading. Because fiction writers tend to project themselves into their writing, it may be that the skills of writing don’t involve any more perspective-taking than occurs for everyone in day-to-day life.

It will be fascinating to see how the similarities and differences between writing and reading fiction, which Bischoff and Peskin have uncovered, will be uncovered in further research.