"On or about December 1910": When and Whence Literary Modernism, Really? 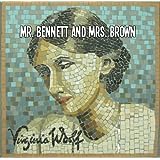 It has been a pleasure this week reading and rereading two articles, written 90 years apart, by authors who are both trying to figure out, or at least to present what they presume they have figured out, concerning when literary Modernism happened and what it was exactly. Both articles approach the question by using a sieve method, asking what it is that Modernism was not trying to do or could not do, and then trying to patch together and coherently present what’s left.

In 1924, Virginia Woolf’s cryptically seductive, and arbitrary but bold selection of a year and month, even, when “human character changed” (5) referred to a moment in cultural history when novelists were discovering and producing novels demonstrating that “there is something permanently interesting in character in itself” (5). Understanding how to present that interest and ensuing observations was “an absorbing pursuit” and articulating it “an obsession” (6) for the group of writers (only later to be called “High Modernists”) most of whom had begun writing “on or about December 1910” (21), Woolf notes.

Woolf has not very nice words to say about novelists immediately preceding her generation. They give the public too much of what they want to hear; they respect too much the contemporary cultural “common ground” that values objects, social utility, tradition, and geneaology, over individuals and their emotional and psychological experiences. What she thought necessary was a closet clean-up through the slow but determined development of a “code of manners which writers and readers accept as a prelude to the more exciting intercourse of friendship” (21), an interaction that she compares to talking about the weather as an accepted way of seeking to make a stranger aware of one as a thinking and feeling other (as opposed, I should think, to simply an annoying occupant of a much-coveted seat on the subway, or the person in front of one in line to order a hamburger). Woolf does not fault her predecessors because their writing is not timeless, but precisely because it is timely. These writers knew what contemporary cultural code language invited readers to a more intimate relationship with writers and which frightened them away. But they did not take it upon themselves to change that code. But Woolf also admonished readers in words somewhat to this effect: don’t let yourself be frightened away – what’s coming up next among novelists will astound you. Woolf was trying to identify not only what the new tenor of the novel and poetry was, but what had led up to it.

Likewise, Melanie Conroy (2014) recently conducted a study in which she sought to discover in which decade(s) of the French novel there is empirical evidence of what critic Erich Kahler had called the “inward turn of narrative”, which was precisely what Woolf had been trying to account for. Conroy’s field is French literature, so she sought evidence of linguistic innovations in 384 French novels contained in the ARTFL-FRANTEXT database of French literature. This database contains digital versions of texts from the twelfth to the twentieth century and was developed and is maintained by the University of Chicago. She wanted to test whether linguistic innovations could account for the eventual movement toward a modernist aesthetic in the French novel. Conroy conducted a database search for instances of reporting clauses (specifically, se-dit-il, se-dit-elle, pensa-t-il, pensa-t-elle, pensa, se disait and pensait) and then created the metric of “Common reporting clauses per 10,000 words” for each decade of the period from 1800-1929. She found several peaks in the data, in the 1830’s, 1860’s, 1890’s, and 1920’s, and she found two “large increases” in this set of phrases, in the 1830s and between 1910 and 1929 (165). She says that the “inward turn” of the 1830’s was larger than that of the later period. The earlier increase comes at the beginning of French Realism, and the second within the period of high Modernism. She then analyzed individual novels within each decade span and focused on particular authors who most frequently used these reporting clauses.

I admire Conroy’s efforts to try to identify through linguistic markers the most intensely focused historical moment of literary Modernism in French novels, as well as the ingenuity of using the ARTFL-FRANTEXT database to pursue that objective. However, as Conroy’s study stands, it cannot comment on the questions it asks, because of both theoretical difficulties within the conception of the project, and empirical and statistical methodological problems.

There is a deep wavering on Conroy’s part, it seems to me at least, concerning whether she believes that the linguistic markers she searches are evidence of the “inward turn” or that they are just pre-“inward turn” awareness of authorial concern with characters’ mental states. Are reporting clauses and mental state verbs more valuable for their absence in the early twentieth century, when examples of free indirect thought might be more in evidence, than for their presence in the nineteenth?  She calls the two peaks in reporting phrases and mental states “rival ‘inward turns’” (166). The article is entitled “Before the ‘Inward Turn,’” but she says her research question is “do reporting clauses and mental verbs occur more frequently in some authors, texts, or decades than elsewhere? If the frequency of these markers is significantly higher in them, these authors, books, or decades quite possibly engage in more thought representation and thereby strengthen the ‘inward turn’” (134).

But is the strengthening by constituting the turn, or only by making possible the arrival of the more developed free indirect thought which itself constitutes the turn? How can free indirect thought be argued to be more developed than just using lots of reporting phrases and references to characters’ mental states? And if they are so very different, does one have anything to do with the other at the level of the reader’s sense of intimacy with the author, which was so important to Woolf in the article discussed? These questions are important, because if the marked phrases themselves are evidence of the turn, the tables will mean one thing, but if they are precisely evidence against the literary period having arrived yet, we might as well turn the line graphs upside down and read the lows as highs and the highs as lows.

My concern with the data analysis is that it is essentially just counting, even when ratios, as opposed to straight counts, are being compared. Though the author mentions that comparisons are “statistically significant” (137, footnote 50 on 147) on two or three occasions, I find no evidence of statistical tests having been done. Did the numbers beat out chance? If they did, what was the value of the effect size? It seems to me that time-series analysis would have been most appropriate, but I imagine that there would be problems with meeting the assumptions of that line of testing. For example, in a number of “counts,” the period 1900-1929 is treated alongside other slices of time that are only a decade long. Auto-correlation might have posed a problem as well. Perhaps the statistical tests were done, but not reported. In either case, these findings cannot be used to build further results upon until they are substantiated.

What exactly is that “code of manners which writers and readers accept as a prelude to the more exciting intercourse of friendship” (21) the understanding of which Woolf takes to be key for understanding the clinamen that occurred “on or about December 1910” (4)? Can textual analysis of databases of literary works help us to learn more about that code? It seems to me that a study like Conroy’s that included many more instances of different kinds of mental states of characters might be helpful in this pursuit. Inevitably one would need to count also instances of free indirect thought, not a possibility using digital techniques alone, it would seem to me. But the questions are well worth asking and well worth tackling large databases and sophisticated statistical techniques to get to the bottom of.