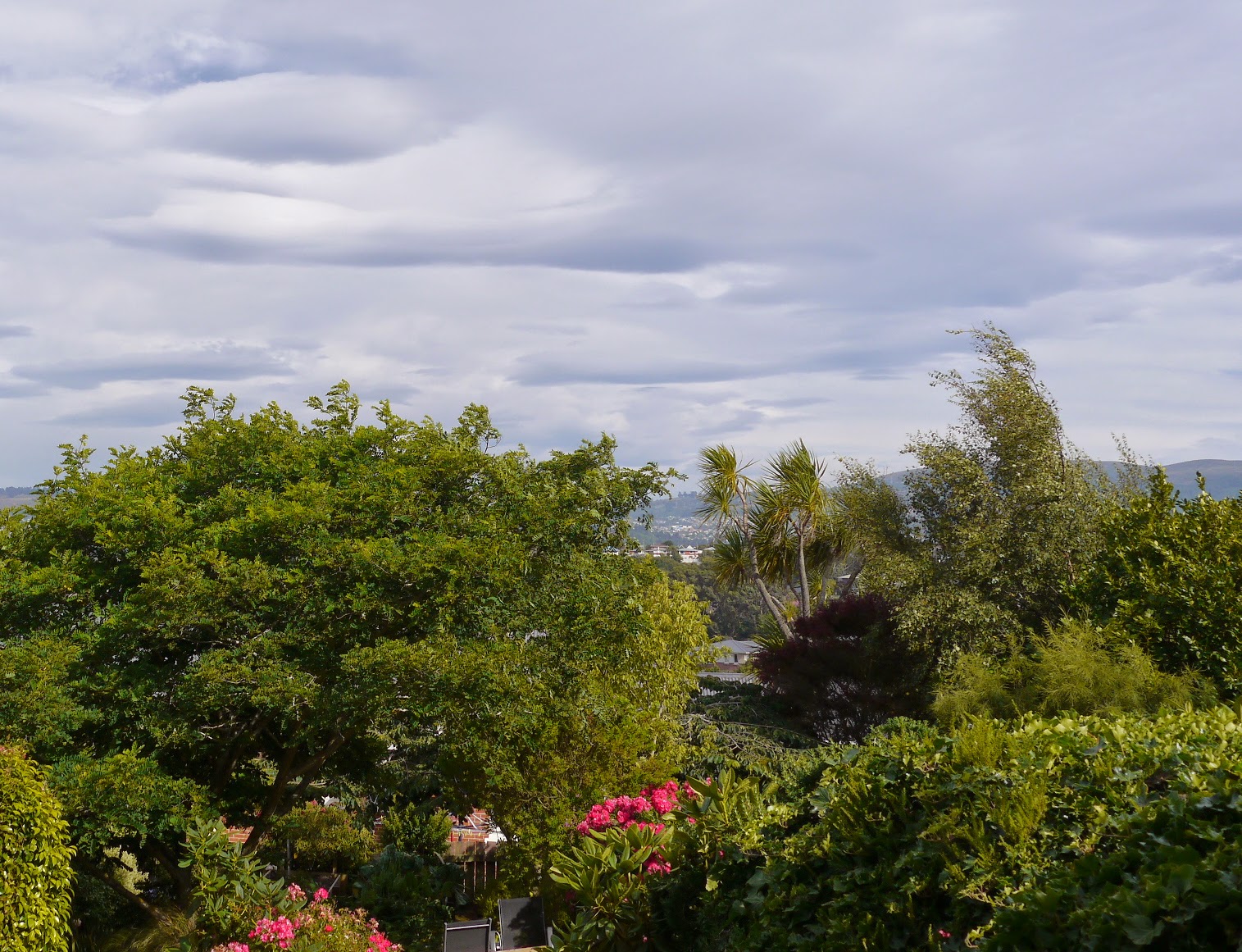 I commuted this morning for the first time to my new office against a head wind that was strong enough to beg for an additional adjective. The wind was whipping off the hills to the north and pouring into the valley with such strength that it stopped my bike on downhill slopes, and it took herculean pedaling to get to work in just under twice the amount of time I had estimated it would take. My route takes me around the bay end of Otago harbor, and especially as I got down to the south side of the water, the wind was not only trying to push me off my bicycle, it was also throwing fistfuls of water my way, and snapping branches down into my path. Passing through the lee of my favorite pohutukawa trees almost knocked me off my bike in the other direction, the contrast was so sharp when sheltered.

In this kind of retrospect, it is easier to deconstruct the various parts of my experience of the wind, and analyze their relationship to my emotional state in relation to it. At the time, however, my main reaction was terse. I kept finding myself exclaiming (to myself) about what a fierce wind this was, or how wicked.

This was clearly a practiced response—the kind of thing one might say to a companion facing into a stiff wind, perhaps to keep spirits up, or to check in to see whether a course correction might be in order, or if the goal is worth the punishment of the wind. It certainly summons a certain attention to the wind: is this the kind of wind that is bringing a change in the weather I need to pay attention to?

My immediate response was surprisingly normative: I found myself chastising my inner wind labeller. True, the wind is from the north northwest, and my northern hemisphere self braces against the Alberta Clipper-eque cold that often signals at the time of year. But here in Dunedin in summer, what if this is a warm equatorial burst? Pedal harder. And I would no sooner concentrate on pedaling again when I would hear the first voice start up again about what a fierce wind that was.

In the weeks that have followed since I wrote the first lines above on my first commute, this conversation with myself has stuck with me, and has made me notice some things about internal dialogue. First was its pre-formedness. I was not so much searching for descriptions for what I was experiencing as I was discovering what I was experiencing by the way my internal voice was narrating it to me. This was accentuated by the dramatic nature of the effortful windy bike ride, and my consequently narrowed mental bandwidth. When I wondered, somewhat involuntarily, “why is this so hard?” a preformed answer was already there with an explanation about the ferocity of the wind.

This was, secondly, not just a descriptive note, but a preformed normative analysis that constructed the wind as a character! By assigning qualities like fierce and wicked to the wind, my internal weather monitor was personifying what I was “up against,” and providing me a set of similarly preformed schemata for responding: fight, struggle, perhaps retreat. It was only through the second part of the internal dialogue that I could access a perhaps more interesting schema like explore—or even reconsider those hasty judgments that come from experience in a very different place. 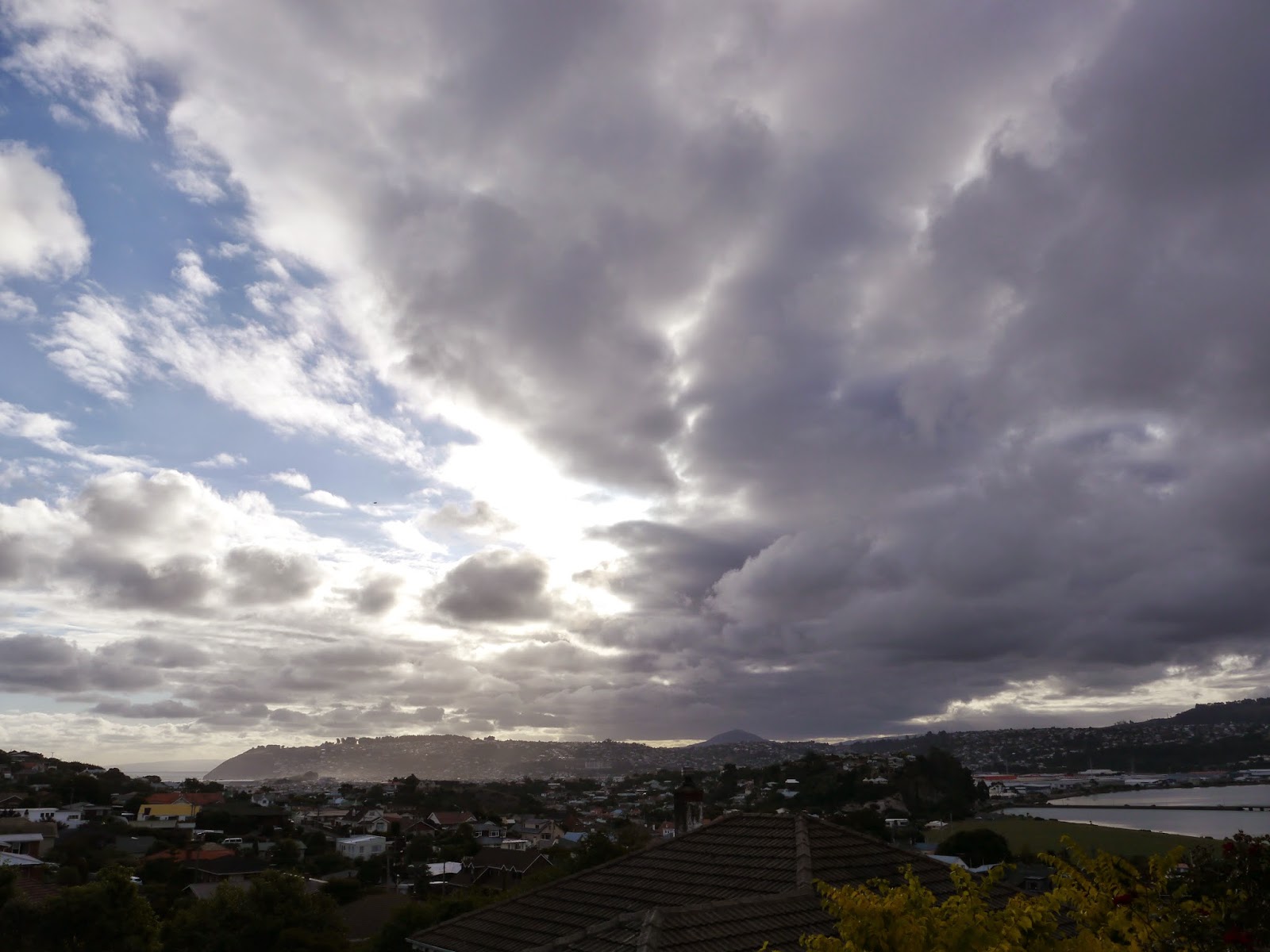 Although fairly mundane, these observations about the qualities of internal dialogue made me start to pay considerably new attention to how much I was relying on presets to interpret and orient in new situations. And especially since I was already bringing the frame of reorienting myphenological expectations in a hemispherically reversed seasonal transition, I had yet a new tool for noticing when and how that second part of the conversation could be encouraged, figuring out what patterns I am observing, and how those work.