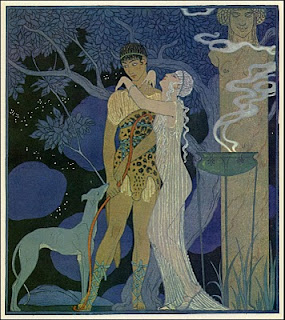 Imagination is a big part of fiction. Narratives provide us with a scaffold for structured imagining, often about people and places we wouldn’t have thought to contemplate on our own. But there are things that we often find difficult to imagine, such as the idea that morally reprehensible events are actually justifiable. This phenomenon, that some things are harder to imagine than others or that people seem unwilling or even unable to imagine certain things, is known as ‘imaginative resistance’ within philosophy. Dr. Shen-yi Liao, Dr. Nina Strohminger, and Dr. Chandra Sekhar Sripada conducted a set of empirical studies to examine this phenomenon. What they found was that people who found the morality of a Greek myth difficult to accept personally, also found it difficult to imagine, and struggled to agree with this morality being true even within the fictional world created. In other words, there was evidence that imaginative resistance does exist outside of the discussions philosophers have among themselves. One twist, however, was that people who were more familiar with Greek myths had less trouble imagining the morality portrayed within this myth. A second study largely confirmed these results. This paper is a good example of how empirical research into fiction can originate in all sorts of different disciplines, and an interdisciplinary approach to this topic is likely to benefit our attempts to better understand stories and our imagined experiences within them.

Most impressively, Dr. Liao and his colleagues have made the data freely available to those interested.

Posted by Raymond A. Mar at 11:06
Labels: Imagination, Research Bulletins