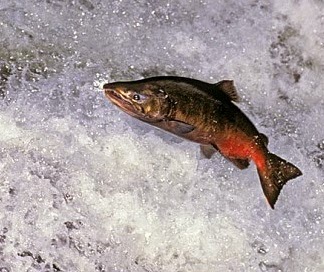 Although it was published some time ago, a paper by Terre Satterfield, Scott Slovic and Robin Gregory (2000) is still very much up-to-date in thinking about the value of narrative. It’s about the possible benefits of narrative for understanding not just interpersonal matters, but matters about which one needs to think carefully about complex policy issues, and to make political decisions.

Satterfield and her colleagues were concerned about how to offer people information about the environment so that they could think about it productively to evaluate planned changes, and to take part in meaningful dialogue about policy decisions. How, for instance, do ordinary people understand what kinds of information are important and of good quality, and how can they come to know enough to make informed political choices? The researchers hypothesized that offering people information in a narrative form would increase comprehension of the main ideas of a problem, enable them to become emotionally engaged, and enable them to develop active imagery about an issue.

There were 239 participants in the study. They were from the University of Oregon community, and 52% were female. Each participant read either a utilitarian text or a narrative text and was asked to evaluate a policy that would reduce power produced by a Pacific Northwest hydroelectric system by letting more water through the system’s spillways to improve salmons’ ability to return from the ocean to their spawning grounds, to reproduce, and to let more young salmon make their way back to the ocean. A change to double the number of salmon returning to the river would increase the cost of household power by $60 annually, and a change to increase the number of returning salmon by ten times to would increase the cost by $360 annually.

The utilitarian text included this:

Key policy decisions involve concerns such as the timing of power production (e.g. letting more water through dams on a regular basis would decrease the amount of power produced but also increase spawning habitat and food availability for young salmon) …  The expectation is that increased water flow will raise the number of returning salmon on the river by at least 2-fold (8000 salmon instead of the current 4000) …

The narrative text included this:

My neighbor, an engineer, has taught me a thing or two about how dams and their hydroelectric technology can be managed in ways that kill fewer young salmon. She says that increasing water flow around the dams would help. Right now only about 4000 salmon are making it back per year but if more water is released through the dam, salmon habitat and food availability will improve ...


In both formats, the information was exactly the same. Among the outcome measures was the importance of a set of values related to the decision: cost, salmon population, spirituality, and significance of salmon to the community.

One interpretation of this result is that narratives may be useful in enabling people to make better mental models of the world, with which they can think about complex issues, perhaps also to think for themselves, and to think more effectively than they might otherwise about political decisions.