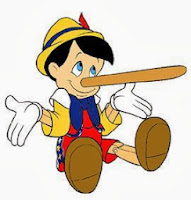 Fictional narratives are often based on real-world objects, places or events. However, one characteristic of fiction is that it is not always true. Past research suggests that although humans are generally aware of the nature of fictional stories, when misinformation is presented in fictional stories it is often incorporated into readers’ attitudes and beliefs (Prentice & Gerrig, 1999). Drs. Elizabeth Marsh (Duke) and Lisa Fazio (Carnegie Mellon) investigated if the reliance on errors in fiction by readers can be reduced. Their approach is based on the idea that readers need to be either motivated to detect errors in fiction and/or have the cognitive capacity to do so. Three experiments were conducted in which participants read stories with correct and incorrect information and subsequently responded to a test of general knowledge about the previously presented information. The experiments involved various manipulations, including (1) varying the timing of a warning about errors, (2) varying the reading difficulty of the text, and (3) directing attention to errors by requiring readers to judge the presence or absence of errors on a sentence-by-sentence basis. The results of these studies suggest that merely warning about the presence of errors or reducing reading difficulty are not sufficient to reduce the suggestibility of misinformation in fiction. The final manipulation, probing for errors after every sentence, did decrease subsequent knowledge errors, but even when readers acknowledged errors during reading a small percentage (5%) were nevertheless repeated on the test. Overall, these studies suggest that while reading fiction we disengage our critical capacities and seem to integrate the information presented to us, whether it is right or wrong, into our general knowledge.

* For a copy of the original article, please contact R. Mar (see profile).

Posted by Raymond A. Mar at 10:48
Labels: Effects of fiction, Memory, Research Bulletins

Like all art, fiction is an intensification of socalled reality and thus is a higher truth employing vision (not mundane, secular sight) and craft. The artist chooses details that contribute to the overall impression and the one action that gives the story unity. Any correspondence to the "real" world that the writer uses is done because it advances the action of the story and the readers' understanding of what the story is about, its enveloping action. Just as we make a mistake if we think the narrator is the author (which may be the case) we err in considering any correspondence to the physical everyday world. The divorce of the imagined world is part and parcel of the divorce of the author from the narrator. Only immature minds would think that a story is anything but true to itself.

Hi Armstrong,
This is a really great point! Keith has written about this idea of different kinds of truth (e.g., correspondence versus coherence) and how narrative fiction can reveal psychological truths about humanity without being undermined by lack of correspondence to reality. This seems especially so when the failures in correspondence seem to be more about trivial factoids as opposed to larger human truths. There is an article in The Atlantic on 12 Years a Slave, brought to my attention by fellow OnFiction editor Valentine Cadieux, that touches on all these issues as well.
Thanks for the comment!
Raymond.