Research Bulletin: The Popularity of Older Male and Female Actors 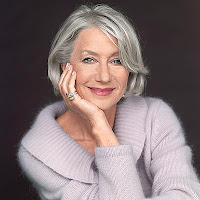 There exists a lay belief that aging is particularly hard on female film actors in comparison to their male counterparts. Male actors, it seems, continue to have successful careers as they get older whereas female actors struggle to find work once they reach a certain age. But is there empirical evidence to support this belief? Christa Taylor, James Kaufman, and Matt Riggs from California State University San Bernadino examined this question by looking at data from the popular website IMDb (i.e., the Internet Movie Database). In order to gauge an actor’s popularity, they recorded IMDb’s “Starmeter” rankings (based on page views by the public) for 347 different actors (153 males, 194 females), along with that actor’s age and numerous other aspects of the person’s career (e.g., roles, awards). What they found was that age predicted a lower ranking of popularity even after controlling for various other factors. The same was true of gender, with female actors being less popular than male ones, even after controlling for the influence of age. Lastly, controlling for both age and gender, critical acclaim predicted greater popularity. In a subsequent analysis, they found that the popularity of both male and female actors declined with age, but that the popularity of female actors did not decline more rapidly than male actors. In other words, it did not appear to be the case that aging did not detrimentally affect the popularity female actors more than male actors. This is a fascinating result and a good demonstration of how interesting data need not be collected in a laboratory, but can often be found from readily available public resources. A slightly separate and equally interesting question might be whether the number and profile of film roles decreases more rapidly for female actors relative to males, even though public popularity does not appear to be differentially affected by aging.

Posted by Raymond A. Mar at 12:07
Labels: Research Bulletins