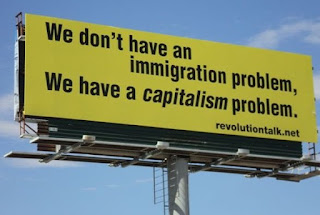 I have had the chance over the past month to visit a number of collaborators who work with various interactive visual methods to get people to engage each others' stories. Visiting around also gives one a chance to check out the institutional arrangements people use to support their work -- and to think through some of the relationships between the methods people were using for interactive collaboration on specific knowledge-building processes and the methods they use to organize their work relationships more generally.

I am tempted to dive into immense detail, describing such wonderful projects that are happening as part of the scholarship and practice represented at the Agriculture, Food, and Human Values Society, the Canadian Association of Food Studies (especially its collaborative project on working collaboratively!), the Syracuse Thinklab, the Works Progress Whole City project here at home, and the Centre for Interactive Research on Sustainability at UBC (all of whose websites represent different and interesting efforts to represent varying stories about the ways things work with some coherence). However, since I will resume delving into my ever more epistemological maps of food system knowledge terrains with my remaining posts for this year, I reflect here on some key thoughts about the function of visual supports people are building for challenging conversation, opening the question to this community about how this work might relate to work on narrative and emotion.

I chose today's opening image (over a scrawling 37-part diagram of different contentious characters or roles in the food system that I'm drawing) because I have been so struck in a very intense few month of immersion in other people's collaborative knowledge-sharing projects at the role of comfort, narratives, and challenges, and this opening image -- from a wonderful post by Yasmin Nair on Immigration, Sexuality, and Affect in a Neoliberal World -- was one of the most to-the-point when I went searching for an image on those three themes. (I will say that I was tempted by this intro to a fantastic missive on Korean feminism, sexuality, and popular culture -- and that I should also acknowledge that outside these two cultural studies approaches, everything else that came up was about peace studies or illegible). It's true that what most of the collaborators I worked with were talking about was sustainability and food systems, not immigration per se (although immigration certainly figures heavily in considerations of the way our current food system works), the fact that it is considered revolutionary to talk about having a capitalism problem sums up perfectly one of the central issues I witness most of my peers facing. The main problems they work to address are considered too upsetting or challenging to discuss.

Consequently, I have been most impressed by the successes that some have had bringing emotion more directly into their narratives, to attempt to build comfort to support engaging challenges. For example, Thinklab co-directors Kathleen Brandt and Brian Lonsway carried with them a number of artifacts, often contrasting pictures on flashcards, noting the difference between conversations focused on "getting the food just right" and "not having enough to eat." Such an artifact at once pointed back to a specific set of narratives and dialogues between differing narratives, invoked a range of similar experiences of the potentially challenging confrontation involved in such dialogue, and suggested a truce both topical and emotional: a way to get past that sticking point in a conversation and to keep going with it. When I expressed my ebullience with the way that this achieved a persistent desire of mine to incorporate people's stories ABOUT stories into progressively more participatory versions of the story, people related a name: RESTORYING, which they thought everyone should know. Narrative inquiry colleagues, dear readers, forum theatre participants, how do you think about this challenge of building in enough comfort for people to be willing to engage in an exploratory story -- without losing the challenge that makes it worthwhile?