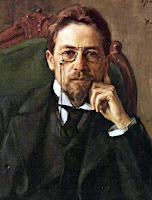 We are pleased to announce that OnFiction has now been running for five years, and our counter says we have had over a third of a million visits. So thanks very much indeed to all our readers, whether you visit the site occasionally or take our posts by e-mail or other means. We are pleased to provide this site for people who are interested in the psychology of fiction.

The start of the site occurred when a group of people who had known and worked with each other for five six years, and had then met every couple of weeks for two years as a writing group, started to face the fact that one our members was moving from Toronto to Minneapolis. As a writing group we had given ourselves assignments to write 300 words on a topic we chose, and to circulate or read what we had written to each other. So turning ourselves into a blog group enabled us to go on sharing our writings. When I told the group, a couple of weeks ago, that our fifth anniversary was coming up and asked whether we wanted to continue, we all said we would.

An issue that we haven’t discussed in OnFiction is the so-called paradox of fiction. How can it be that we feel emotions for fictional characters? So far as I can see this paradox was formulated by Colin Radford (1975). He asked how it was possible to feel for the fate of Anna Karenina when she does not, and did not, exist. He says to feel emotions in this way is irrational: to be moved by “works of art involves us in inconsistency and so incoherence” (p. 78).

At a recent conference in Sao Paulo, Brazil, organized by Helmut Galle on “Fiction in historical and cultural contexts,” at which I made a presentation by Skype, I claimed that it was misleading to see our feelings in fiction as unreal, deceptive, or illogical. To engage in fiction is to enter worlds of the possible—simulations—in which, in an extension of the idea of metaphor, we can be both ourselves and Anna Karenina. The emotions we feel are, indeed, not hers, They are our own emotions, felt empathetically in the circumstances that Anna enters. We have argued that fiction is a simulation of the social world, and when one treats it in this way, it becomes no longer paradoxical that one would experience emotions when reading novels or short stories, or watching plays or films. It would hardly be insightful to argue that simulations of the kind that produce weather forecasts or predictions of climate change are unreal and therefore irrational. The question is whether any particular simulation is a good one, and one might follow the question by a suggestion as to how it might be improved. Fiction is a set of simulations about the hypothetical, but its subject matter is about real understandings of others and ourselves.

One of the metaphors we use is that of a flight simulator. If you were learning to fly a plane you could improve your flying skills in a flight simulator. In this way you can experience a wider variety of situations than you would when flying in a real plane. Gregory Currie, a philosopher who is skeptical about the value of fiction (click here), said in reply to my paper at the Sao Paulo conference that the people who build flight simulators do so by knowing a lot about planes and flying. He said that there is no equivalent set of skills on which writers of fiction draw.

I said there are two replies to this. My first reply is that our results (summarized for instance in Mar, Djikic & Oatley, 2008) show that the more fiction people read the better are their empathy and social understanding. This could not occur if fiction writers knew nothing about social interaction. Curry suggests that writers instruct us readers, but my second reply is that fiction writers don’t instruct us. Writers who are artists offer us situations, and ask us what we feel and what we think. As Chekhov put it in a letter of 27 October 1888 to his mentor and friend Alexei Suvorin, there are two things one must not confuse: “answering the questions and formulating them correctly. Only the latter is required of an author” (Heim & Karlinsky, 1997, p. 116). Chekhov went on to describe the parallel between fiction and what goes on in a law court. The writer’s job, like that of the advocate, is to present the facts of a case in a way that makes sense. But it is the job of reader, just as it is the job of the jury, to draw the conclusions.

Congratulations on the anniversary, and thanks to all of you for your wonderful work sharing these ideas with us the past five years!

Thanks Melanie, for your message. and your kind words.