The Uses of Memory 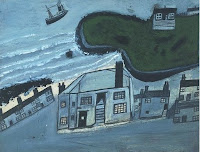 When I go to London I like to wander the streets in a Virginia-Woolf-like way. I am fascinated by how people live in this city—how people look, what they say to each other, the places they live—different from and yet comparable with how people are in the city of Toronto where I now live. Cities seem to me the very acme of human life, where people can live alone or together, in a room, or an apartment, or a house, where they can meet or not meet others as they choose, where creativity and innovation occur, where each person generally allows others to do what they are doing without interference, and without too much of the us-and-themness of in-groups and out-groups. If your only experience of humanity were of hunter-gatherer societies, and you were told that it was in these that human emotions and sociality had developed for several million years, could you ever think that cities could work? But they do. They work wonderfully.

In London, however, as well as my fascination with the present-day, I also find memories coming to mind: there goes a number 38 bus, which reminds me that I used to go to school on the 38A. Here a Victorian terrace is interrupted by a piece of newer building; probably this is where a bomb fell, and I am reminded of living through London air-raids as a child. And that street over there is where I used to go when I was training in psychotherapy.

Psychologists seem to think that the function of memory is to enable them to do experiments on it. The memories I mentioned in the previous paragraph would be classed as episodic, or autobiographical. But, of course, human memory isn’t really for reminiscence. Like computer memory it’s for the now and the future, so that we can use what we know and what we have experienced to think and act in the world.

Nonetheless reminiscences do occur. Do they have a function which is not mere nostalgia? On a recent visit to London at the end of 2012, at the Tate Gallery, now called Tate Britain, I saw a wonderful exhibition of the Pre-Raphaelites, informative, transporting, and moving. While I was waiting for my entry time, I looked at some of the permanent collection, and discovered in a corner a small picture by one of my favorite between-the-wars painters, Alfred Wallis. He had been a fisherman, and then lived by selling second-hand goods for boats. He was self-taught and had almost no money. His paintings are on pieces of cardboard taken from cardboard boxes, with paints obtained not from an art shop but from a ships’ chandler. To me Wallis is wonderful. In his pictures of boats, and houses, and quays, the sizes and setting, and the relationships of the objects, in the picture are psychological rather than topographical.

The picture reminded me of how I was introduced to Wallis’s paintings. I was an undergraduate at Cambridge and one day, on the Backs, I was sitting on a bench talking with a friend when a man came and sat on the bench next to us, and started a conversation. He told us about his collection of paintings, and invited us to come to his house, which was nearby, to see them. After an hour or so of being shown wonderful pictures by Alfred Wallis, Ben Nicholson, Christopher Wood, David Jones, and sculptures by Henri Gaudier-Brzeska, we went into another room to meet Helen, the wife of the man who had invited us, and to be offered tea, brown bread, and honey. It was the first of several visits. The place was Kettle’s Yard, and the man was Jim Ede. He had been an art student at the Slade, and he started to buy works by his contemporaries. He arranged them in this house and started to show them and talk about them, without any commercial component, to students like myself. Nowadays Kettle’s Yard is a famous art gallery, and if you go to Cambridge, you might want to put it high on your list for a visit.

And memory? The memory of mine about Alfred Wallis and Jim Ede is not mere reminiscence; it’s about how I first started to listen to talk about art, and from that, haltingly, to start to think and talk about art myself. This activity that I remember became part of me.

Art isn’t just art. Typically it’s accompanied by an orbit of thoughtful engagement and of discussion. The discussion draws, I think, on that phase of early development in which there is a child with an adult, and some object of shared attention: a cup perhaps, or a fire-engine. Our engagement with such objects in the world starts as relational. It grows in what Donald Winnicott (1971) called the “space-in-between” the self and the other, which in childhood is often a space of playfulness. It’s the space of relating, and of conversation. It’s a space of coming to know the other. From this space all culture grows, and it never—Winnicott says—loses the connection with the other person.

And what we aim to do here at OnFiction, dear readers: is to offer you, in an electronically mediated relationship, talk about the art of fiction.

I suppose most people view memory as a liquid, a place to wallow in, rather than as a solid, a firm base on which to build a future. That’s the problem with metaphors though, they sometimes take over and we stop being able to look objectively at things like time or memory. But if we are going to work with metaphors here the fact is that memories can exist as solids, liquids and vapours and there is no right state for them to be in. I’ve just become aware of a book by Svetlana Boym called The Future of Nostalgia in which she says: “...nostalgia goes beyond individual psychology. At first glance, nostalgia is a longing for a place, but actually it is a yearning for a different time—the time of our childhood, the slower rhythms of our dreams. In a broader sense, nostalgia is a rebellion against the modern idea of time, the time of history and progress. The nostalgic desires to obliterate history and turn it into a private or collective mythology, to revisit time like space, refusing to surrender to the irreversibility of time that plagues the human condition,” and in another place she suggests that “[n]ostalgia is not always about the past it can be retrospective but also prospective.” I think here, although I’ve not read the quote in context, she’s supporting my idea that memories can be solid and can be built upon. Personally I’m often frustrated by the inadequacy of my memories; there’s never enough to wallow in and put any weight on them they crumble so not much use for either.

Thank you so much, Jim, for these lovely quotes. I did not know of this book by Svetlana Boym. I tend to think there's something a bit shameful, regressed, about nostalgia. But you, and she, make it sound far more interesting.