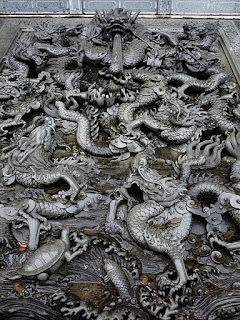 I just had the pleasure of spending a week in Toronto with most of the OnFiction collective, as well as with several of the group’s close collaborators, and I’d like to synthesize a couple of the high points of a week of intense conversations about the way that stories function in the world.

First, and so you can know where this title is coming from, Jordan Peterson, one of our psychologist colleagues has been working on the psychology of environmental sustainability narratives. He introduced his current work in the most evocative way, explaining how he’s addressing some of the problems of competing ideologies that get folded into normative stories about what we should do with the environment in ways that end up being divisive and distracting before people even get to the issues at hand. His strategy has to do with replacing some of the standard ideological story lines with mythological ones—as he describes it, exclaiming:

because climate change isn’t just one problem; it’s a billion angry tiny dragons that can bite you anywhere at any time and you won’t even know where!

I love this complication of something so obviously complex as climate change that nonetheless does tend to get boiled down to a symbolic formulation, as if understanding something like climate uncertainty in one handy symbol was helpful. Having been primed by the billion angry tiny dragons mythology (since dragons represent the unknown, and the various ways we grapple with it to make ourselves more comfortable, even in the presence of the unknown), I was thrilled to get to witness a research workshop between Maja and Keith, as they worked on a forthcoming idea having to do with the personality of creative production.

One of the features that seems to be common to creative personalities is an emotionally-driven exploratory preoccupation. Although I will look forward to reading more about their interpretation of this category, I found it immediately evocative: I have been trying to explain for years, especially to people who find it frustrating that I seem compelled to MAKE things out of ideas, that it is not so much an attachment to the production of creative products, but a compulsion related to the process that produces them. By this logic, creative production involves acting on the compulsion to explore (often by making something exploratory out of it) the dissonance between the way I understand the world to be and the way I am emotionally experiencing it at a given moment.

And the final piece of this small narrative puzzle came into place as I triumphantly described this very satisfying explanation for something that is quite puzzling—because how does that creative production soothe the anxiety and irritation of the billion angry tiny dragons that might bite me anywhere? On my way out of Toronto, one of our neuroscientist colleagues suggested that the process of creative production—as it builds patterns in the bewildering flight of the agents of what is unknown and daunting—helps partly because it creates neural connections that constrain the systems being activated by the dissonance between my understanding and my experience in moments when the unknown becomes immanent via those billion angry tiny dragons that might bite me anywhere. Very satisfying.

Connection brings satisfaction. "Only connect", saith E. M. Forster. The mind dislikes unconnected facts, and we'll do anything to connect them, even if the connection is just a leash tying together a jumble of tiny dragons. Borges wrote once "One may suspect that there is no universe, in the organic, unifying sense of that ambitious word."

Thank you, José Angel -- a very pithy reflection on this point, which itself teaches me something about what pithiness itself entails: only connect!