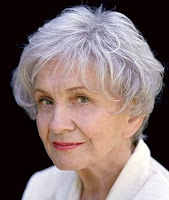 In a paper published in the second issue of Scientific Study of Literature, Maria Kotovych, Peter Dixon, Marisa Bortolussi, and Mark Holden have taken a big step in understanding identification in literature. They build on Bortolussi's and Dixon's (2003) idea of conversation between narrator and reader, and on some of their previous studies. Their idea is that just as when in conversation we make inferences about what the other person is thinking and feeling, so we do in coming to understand a character in a book. When we need to make such inferences we come to understand the character better, and can identify with that character more strongly.

Bortolussi and Dixon's theory is that that in conversation we make a mental model of the other person as we come to understand that person. I am not sure whether this might be pushing their theory further than they would like, but it seems to me that we construct models of others rather gradually, over a number of meetings, during which we come to understand what they really mean when they talk, come to experience whether they do what they say they will do, and so on. In the very process of making the inferences that go into our mental models of others, then, we also gradually construct our relationships with them, and critical aspects of these models are our degree of affection for these people, and the extent to which we can trust them. It seems we may be doing something of the same when we make mental models of characters in short stories and novels: by inference and gradual understanding we form warm or cool relationships with them, we come to trust them or distrust them.

Kotovych, Dixon, Bortolussi, and Holden report three experiments in their paper. In the first they used the short story "The office," by Alice Munro. It's a first-person story about a woman who wants to be a writer, who has little support from her family and friends. She rents an office in which she can do her writing. Alice Munro's story has what Kotovych et al. call an implicit preamble which includes this.

But here comes the disclosure which is not easy for me. I am a writer. That does not sound right. Too presumptuous, phony, or at least unconvincing. Try again …

I'm embarrassed telling people that I am a writer …

No inferences are necessary; in the explicit preamble the conclusion that the narrator is embarrassed is already drawn. Kotovych and her colleagues argue that the literary idea of identification is not well defined, and they concentrate on just one aspect of it, which they call "transparency:" the extent to which readers understand a character. In this first experiment the researchers found that the transparency of the narrator was greater for readers who read the story with the implicit preamble than for those who read the story with the explicit preamble.

In a second experiment the researchers replicated their finding with Alice Munro's story, and at the same time ruled out the idea that the effect might have been due to the explicit preamble being written in a somewhat different style than the rest of the story. In a third experiment the authors used stories by different writers, and compared versions that used free-indirect speech and directly quoted speech. Free-indirect speech requires more inferences than directly quoted speech. Again they found more transparency of characters was achieved in the versions that required more inference.

It's an important new trend in the research literature, I think, to use sound experimental designs with real literary stories and plausible manipulations of the text. The idea that in coming to know a literary character we need to make inferences as we would with a real person, not just be told about the character, is a critical insight.

Image: Alice Munro. Addendum: I felt privileged a few years ago to have been in the same room as Alice Munro, whom I regard as one of the world's all-time great short-story writers. She was making a very rare public appearance and during it she announced her retirement from writing. I'm delighted that she hasn't taken her announcement seriously.