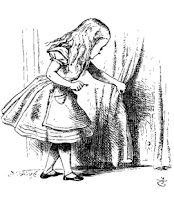 On 4 October 2011, Martin Puchner came to give an endowed lecture at University College, University of Toronto, entitled "World literature and the creation of literary worlds." Puchner is an editor of the Norton Anthology of World Literature which, he says, has grown from 400 pages to 6000. He said that no literature is early enough, or far flung enough, not to be included. He also said that, of course, the task of including something of everything is impossible, and then went on to say that perhaps the unfinishedness of the enterprise is one of its strengths.

Puchner talked about how he had started to think of world literature in terms of the themes presented and re-presented in the stories of the world, from The epic of Gilgamesh to the novels of J.M. Coetzee. One of the themes that recurs worldwide is creation: how our world came into being. He said that his favorite creation story is by the Maya, in Popol Vuh. Of the creation stories I have read, it's my favorite too. In it the gods attempt to create human beings: one try was to make them from earth and mud, but this didn't work because they soaked up water when it rained, and dissolved. It took the gods four goes before they managed to create us, beings who could talk and converse. The reason I like this story is that the gods have to learn from their mistakes, and this leaves the sense that they may not, still, have got it quite right, so that it may be up to us humans to create better versions of ourselves and of our human world. Compare that with the idea of a god who is omnipotent and omniscient which leaves me, at least, wondering whether some streak of malice was involved in creating a world so filled with suffering, while all the time such a god remains a know-all who seems insensible to the possibility that things might have been, or might still be, better.

Puchner's idea in this talk wasn't that different national literatures start with creation and then move on to something else, but that literature is about the creation of worlds. He says the creation myths have oriented him to thinking that all literature depicts the creation of worlds. Every time we read a story we readers witness this, right there, from the page. Sometimes this is made explicit, as in the eighteenth century Chinese novel, Story of the Stone, in which Jia Bao-you visits the Land of Illusion in a dream, or when Alice, in Alice in Wonderland, goes down a rabbit hole. Sometimes it's less explicit.

Puchner enlarged on his theme with three issues. One was the status of worlds created in literature; for instance, in Italo Calvino's Imaginary cities. In this story, the idea that these are cities of the imagination is never hidden, and carries with it the idea that all literature that involves travel is indeed about the imagination. Puchner added here that, as well as the idea that art imitates life, literary art is itself a creation: poesis. The second issue was that literary worlds are not only worlds-in-themselves but that they can embrace the entire cosmos, as in Olaf Stapledon's novel, The star maker, in which the narrator falls asleep and finds himself moving through the air, and then through the universe, able to steer and encounter alternative life forms, with which he can communicate telepathically. Puchner's third issue was the idea of models, so that literary worlds can offer us simplifications, model worlds that enable us to understand our own world better. Here he gave the example of Edwin Abbott's novel, Flatland, about a world which, instead of having three dimensions, has only two. With such themes, as Puchner pointed out, we can contemplate the creation, and destruction, not just of literary worlds, but of our day-to-day world.

As an author/editor of OnFiction, I have to say, I rather liked this approach from a literary direction, because of its parallels with the idea, which comes from a psychological direction, that fiction is a kind of simulation, a model of the social world that we enter in our imagination (click here).

Image: One of John Tenniel's illustrations for Alice in Wonderland.