Most Challenged Books of 2010 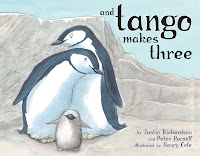 The American Library Association (ALA) recently released its annual list of books that have received the most formal written complaints. These complaints must be filed with a library or school and request that the material be restricted in distribution or removed completely. Some intriguing trends are revealed upon examining this list. For one, sexual content (particularly homosexual content) is a frequent complaint (only number 8 and 10 escape this criticism), often accompanied by criticisms that the book is unsuitable for certain ages (#s 1, 2, 5, 6, & 7). A semi-autobiographical book by Sherman Alexie is charged more specifically with containing “sex education,” whilst a coming-of-age novel featuring a young female is accused of “sexism.” Amongst the newer publications on this list is an old classic, Huxley’s Brave New World, apparently still controversial enough after all these years to raise some hackles. Interestingly enough, there is less of a relation between book sales and complaints as one might expect. Likely the most popular book on this list, Twilight by Stephenie Meyer (ranked #1,062 across all books, #1 in books for teens), is only #10 in complaints sitting right alongside an edited collection of stories by queer youth (#275, 948 across all books). Although most of the books are aimed at children or youth, the one exception appears to be Nickled and Dimed by Barbara Ehrenreich, a journalist’s account of living poor in America that is criticized for its inaccuracy, political viewpoint, and religious viewpoint. If there is a possible bright side to this list, it is that the ALA received a total of only 348 challenges last year, a paltry number compared to all the books sold. Below is the entire list, ranked from most challenged to least.

8. Nickel and Dimed: On (Not) Getting By In America by Barbara Ehrenreich
Reasons: "Drugs, Inaccurate, Offensive Language, Political Viewpoint, Religious Viewpoint"

Recently I enjoyed watching the movie adaptation of Virginia Woolf's book, "Mrs. Dalloway". I was, however, taken aback by the warning label on the case the DVD came in: "Emotional Elements and Brief Nudity".
I've never before seen the phrase "Emotional Elements" --presumably as a warning to parents. Considering that the movie shares with the book something like artistic truth and insight, I don't myself feel any optimism about a system which reacts in that way to cultural achievements.
For many years my Slovak students laughed at American puritanism. When you actually live inside the country, it is omnipresent and overwhelming, and it's not very funny. The fact that universities or university towns might sometimes represent small islands of sanity amidst the madness has never been very reassuring to me. If the contributors to "On Fiction" can manage to achieve some distance toward such phenomena, so much the better.

I certainly agree that censorship of cultural products (and ideas) is a dangerous road to tread. So, yes, all of this can be quite distressing to think about. On the up-side, it is not clear how many of these books were actually banned; this is merely a list of books that attracted complaint. Certainly, in the case of the more popular books on this list, these complaints did little to affect their distribution and access it would seem. This is likely little comfort when placed next to the overwhelming and omnipresent culture of puritanism that you mention, unfortunately.