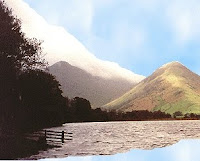 Although there has been a good deal of attention to foregrounding in literary texts (i.e., unusual or arresting stylistic features), little notice has been paid to its temporal aspects. We know, from our own studies of response to literary short stories (Miall & Kuiken, 1994), that readers slow down when they encounter a foregrounded passage (although they may not be aware of this). On average a highly foregrounded passage takes roughly twice as long to read as a passage with little or no foregrounding – but this is a rather simple measure of what may be occurring during the moments of first encounter. So more recently I have been thinking about what neural processes may unfold following our initial encounter with it, in particular, what occurs during the first 400-500 msecs, and whether these processes might be able to tell us anything about the literary qualities of foregrounding.

As I did some reading in this area, another issue that I was reminded of was this: that several authors such as Libet (2000), Wegner (2002), and Damasio (1999), have argued that neuropsychological data show that it takes about half a second for us to become conscious of a neural impulse. As Damasio (1999) puts it, “We are probably late for consciousness by about five hundred milliseconds” (127).

Putting these two perspectives together suggests that a rich and complex response to foregrounding may be occurring at the initial moments of encounter, and that this only becomes consciously available after several hundred milliseconds. A glimpse of the kinds of processes involved is available from the research literature on the orienting response, that is, studies of brainwave patterns, or EEG – in particular, studies of first responses to the various features of language. Although this literature has not, with one or two exceptions, paid attention to specifically literary features of language, it may hold some clues as to which combination or sequence of responses help to characterize literariness.

My attention was drawn to this issue several years ago by some comments of Jenefer Robinson in Deeper than Reason (2005). She develops what she refers to as an affective appraisal theory, a helpful contrast to earlier emotion theories that called for a cognitive evaluation first as a prompt to emotion. In her view, affective appraisal is followed by physiological changes that promote attention to the object in question (42). But she then argues that such activity is “immediately modified by subsequent cognitive monitoring” (59). This seemed to me a mistake: it underestimated the power of affect in promoting further responses and directing thought. This is just what a number of the EEG studies I had examined seemed to indicate: that cognitive processes, considered as conscious modulation of response, played a secondary role to several key affective processes that rapidly follow stimulus onset. In other words, cognitive ability to monitor or modify response only becomes possible in the rear of several affective processes that appear to have priority. These processes need not (and probably do not) initially depend on consciousness. As Posner and DiGiralamo (2000) point out, unattended stimuli can be processed to a high level, but go on to capture attention (p. 882).

In the 2010 IGEL conference papers I presented recently on this topic, I described a number of EEG studies of first responses to language that seem to support this contention. Ashby, et al. (2009) show that early processing of phonetic features occurs at 80 msec.; word length and orthographic features are processed at around 90 msec. But then, at an early stage, potential deviation may be detected: word frequency is assessed at around 110 to 170 msec; semantic coherence at around 160 msec. (Hauk, et al., 2009). If a word is of low frequency or low predictability in its context, this has already been detected prior to 200 msec, as Dambacher, et al. (2006) show. According to Bostanov, et al. (2004) the detection of emotional stimuli, what they call “nonverbal affective vocalizations,” occurs at around 150 to 200 msec compared with semantic incongruity which is identified 100 msec or more later. Hence, they observe, “emotion may be grasped faster than meaning” (266). Scott, et al. (2009) found that the response to emotional words differentiated positive from negative words at around 135 to 180 msec. The priority of emotion processing is suggested by their contention that “a word’s affective semantics is not a consequence of but, rather, a component of its lexical activation” (95). Thus, if foregrounding arises from phonetic features, incongruity, unusual words, affective coloration, and the like, then within the first 200 msecs a defamiliarizing response already appears to be in train.

In addition to the components of foregrounding that the EEG studies suggest, the preconscious components of literary response also appear to include motor activation. Mirror neuron studies, for example, show that motor neurons are activated when participants read words connoting action, such as the names of tools (Grafton et al., 1997; Oliveri, et al., 2004). In addition, as Boulenger, et al. (2006) point out, since the mirror neuron system that simulates experiences of the other can be activated by a word, empathic responses also seem likely to occur early in processing, prior to the window of consciousness. Underlying empathy is our ability to rapidly recognize the motives and intentions of others, to invoke the “intentional stance” central to social cognition (Mar, et al., 2007, 199).

The EEG studies I have cited, showing the early advent of affective and lexical responses, motor activation, or empathy, still leave us at some distance from the issue of literariness. But the studies are suggestive, and point to what is needed next: that is, carefully controlled studies of response to literary and non-literary texts designed to distinguish literary from other types of response. This will also require a better understanding of the role of foregrounding than we currently have. Foregrounding, as Mukarovsky (1964, p. 20) argued, has a structure in literary texts: it is systematic and hierarchical. This structure, if it forms a significant component of what makes a text literary, may be detectable through appropriately designed EEG studies.

Note. For a broader overview of the neuropsychology of literariness, see Miall (2009).