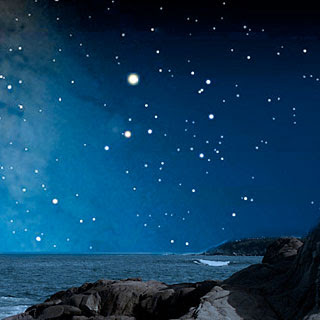 “I know nothing in the world that has as much power as a word. Sometimes I write one, and I look at it, until it begins to shine.”

That a poet as talented as Emily Dickinson would have said this is not a mystery, for poets must gaze at words with as much love as astronomers tracing galaxies in the midnight-blue skies. But how many of us, even those who make our living by words, still think of a written word as inscrutable and alluring, worthy of the sustained contemplation that foreshadows love? Not very many, and for a good reason. It is the same reason that makes it easy to lose sight of the preciousness of water, when we can command its presence by turning on a faucet, and when we can use it so unglamorously in flushing a toilet. A written word is so ubiquitous that teenagers text each other around the same dinner table, and e-mail is a preferred form of communication to a colleague sitting in the next cubicle. It is difficult, indeed, to think of words as precious, but is hard, too, not to grope to imagine a time when the words still shone.

It is easy to imagine an elderly bureaucrat in the court of Mycenae or Crete, to imagine him spending his days carving endless lists of inventory - cows, goats, pigs, oil-jugs, grain, slaves – recording it all meticulously for the benefit of his masters. And imagine him one long evening, when, tricked by the muses, he succumbs into carving a word for which he had no use – ‘dusk’ perhaps, or ‘love’. Imagine his wonder, his awe that a word can resonate, that it can borne things in him. And fear too, of what a word that has no use may do. Imagine him in the morning, sobered from his drunkenness by more useful words, more cows, more pigs and goats. It is easy to imagine our ancient gentleman never again letting himself be seduced into carving a word that has no use, for he was no fool, and knew the power of one shining word.

But there is no need to imagine. We can watch ourselves carving cows and pigs and goats on our computer screens, squeezing all our words, even ‘dusk’ or ‘love’ for the last cent. And unlike our ancient gentleman, we are no longer afraid, either, that a word could resonate enough to disturb our placid surface. It is not words that have lost their power. It is we, who no longer shine.
Posted by Maja Djikic at 17:04
Labels: +Original Writing, Original Writing

I agree, a lovely post, but do you mean the irony? Words well chosen by an author who concludes that authors no longer pause over words-- you've negated your own conclusion.

Even discounting the ironic conclusion, I disagree. My 14 year old son chooses words even in text messages that are designed to convey humor and irony and he does so with deliberation. The words fly across the wireless ether in shorthand but the communication is broad in subtext.

Ah, words. But their magic is not to be taken only in isolation, for when put together--like pieces to a puzzle or stars to a constellation--a beautiful gestalt is formed.