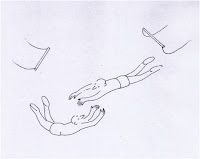 I can still remember the excitement I felt when some 30 years ago I heard a colleague, Stephen Medcalf, explaining R. G. Collingwood's theory of art, and saying that he thought the theory was pretty much right. I thought: Why haven't I heard of this before? I went out and bought Collingwood's (1938) book, and became even more interested. Collingwood’s theory is that emotions are fundamental to our being, but that they are often difficult to understand, and that art is the expression of them in a language (of words, music, painting, etc.) in order to explore them and understand them better. Although art involves technique it is separate because, in an activity that is purely technical (e.g. making a chair), one has something like a blueprint, and an idea of the end result before one starts. Art is different. As an expression and an exploration, one does not know the end result until one achieves it. Collingwood's theory is a formulation of the Romantic idea of art, as employed by Johann von Goethe, William Wordsworth, Samuel Taylor Coleridge, Mary Shelley, et al.

In the talk I am scheduled to give to the Poetics and Linguistics Association 2009 conference (mentioned in Wednesday's post) I will present Collingwood's theory and some of the research that colleagues and I have done on emotions, which have allowed some questions that arise from the theory to be tested.

Here is one question: Are emotions difficult to understand? Elaine Duncan and I found an answer by asking people to keep emotion diaries, structured like questionnaires, in which they noted down details of emotions they experienced in daily life (Oatley and Duncan, 1994). We found that quite often people didn't understand aspects of their emotions. When recorded in this way, 31% of emotion incidents included mixed emotions, with common mixtures being sadness plus anger, anger plus fear, happiness plus fear. Part of the difficulty in understanding, here, was that the emotions contradicted each other. In addition, even when emotions were not mixed, on 6% of occasions, people knew that they were having an emotion or mood but did not know what caused it. When people were in clinical states such as depression and anxiety, the proportion of emotions for which they did not know the cause rose to 25%. Moreover, as Bernard Rimé (2009) found, for emotions that were remembered at the end of the day and recorded in diaries at that time, approximately 90% of them had been confided to someone else, typically a friend or family member. This confiding was partly to help understand the emotions better, and partly to align them with what we and others think about ourselves and others.

So there is evidence that, although emotions are perhaps the most personal aspects of our psychology, and although they are are sometimes straightforward, plenty of them have aspects that are difficult to understand, that need clarification and exploration.

Another question is: How good are we at recognizing the emotions of others? Laurette Larocque and I (e.g. Oatley & Larocque, 1995) made an estimate of this when we asked people to keep diaries of occasions on which they had made an arrangement with someone else, which had then gone wrong. The most common type of such error was of planning to meet someone, and the other person did not show up, but many other kinds also occurred. We called these occasions joint errors. Person 1 is the person whom we originally asked to keep an error diary. We asked each Person 1 to keep a diary of the next joint error that occurred to him or her, and note down what went wrong, what the original plan was, what emotions were experienced, and what Person 1 thought were the emotions of the other person involved in the error (Person 2). In one study we also asked, after the error, for our Person 1 to give a diary to Person 2.

This is what we found. The most common emotion for people to feel when there had been an error, was anger at the other person for having messed up. (Both Person 1 and Person 2 tended to think it was the other who had not performed their part properly.) Of 33 episodes of anger recorded by Person 1 or Person 2, 24 were recognized correctly by the other (73%). Averaging over five other emotions (happiness, sadness, fear, shame, guilt) that one person experienced, however, the other correctly recognized that emotion on only 21 out of 72 occasions (29%). Of these emotions, shame was the least recognized. It was reported to have occurred 10 times but was recognized only once by the other person.

So although we are good at understanding and recognizing our own and other people's emotions, we are not that good. If, as Collingwood suggests, literary fiction is about explorations of emotions in the vicissitudes of our plans and interactions with each other, it can give scope for us readers to become better at understanding emotions in ourselves and others.

A good article to understand better the man and women for romantic relationship.