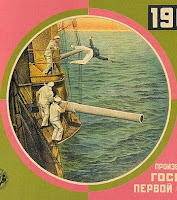 The first fiction films were made by standing the camera in front of some actors and taking one continuous shot. From about 1900, films were made with multiple shots, thus enabling the camera to be in different locations. To start with, difficulties in continuity occurred. To help with this, screens of text were sometimes used to maintain a narrative thread. As time went on, the pieces of continuity text disappeared, and the length of shots decreased. In an interesting 2009 paper in the Indiana Undergraduate Journal of Cognitive Science, Christine Nothelfer, Jordan DeLong and James Cutting describe an automatic method of detecting cuts, using which they were able to measure the lengths of shots in digitized Hollywood films over 80 years. Their sample was of one film from each of three genres—drama, comedy, and action—from each of the years 1945, 1965, 1985, and 2005. There were two principal findings. The first was that over the 60-year period the length of shots decreased in all genres from a mean of 13 seconds in the 1945 films, to 6.8 seconds in the 1965 films, to about 4 seconds in the 1985 and 2005 films.

Just as there has been historical development in written fiction, with writers inventing new methods to create new effects, the study of Nothelfer et al. is a pointer to parallel developments in film. The authors propose that sequences of short shots may be good for suggesting sequences of quick action. But perhaps other issues are involved as well.

One might use both quantitative measures like shot length and analysis of the content of the shots. Here, for instance, is my analysis of five shots from the 1925 film The battleship Potemkin, by the Russian director Sergei Eistenstein. The film's story is of a mutiny in 1905—a kind of prototype of revolution—of the sailors of the battleship against the ship's oppressive officers. Near the beginning of the film, sailors complain that a side of meat, which they will be given to eat, is rotten. An officer summons the ship’s doctor to inspect the meat. There follows a 12-second sequence of five shots (with the longest being Shot 2, which lasts 4 seconds).
Already in 1925 Eisenstein was editing together shots of an average length shorter than that of recent Hollywood movies, and with the shot-lengths correlated. What he had in mind here, I think, was to prompt a flow of thoughts and feeling in the audience. The thoughts from the sequence with the meat are something like the following. Several people look at the meat / now comes an official attempt to obfuscate / expertise and science are brought in / even so, it is clear to all that large maggots are crawling on the meat—>disgust (felt by the audience). Eisenstein had the idea of montage, laying images one on top of another. He also used one of the fundamental ideas of modernism in narrative: not just what is seen in the outside world, where actions can take a while, but what can be experienced in the mind, a matter perhaps of more rapid happenings.

Just thought you would like to know that the full paper is now out in this month's issue of Psychological Science. You can view it here: http://people.psych.cornell.edu/~jec7/pubs/cuttingetalpsychsci10.pdf